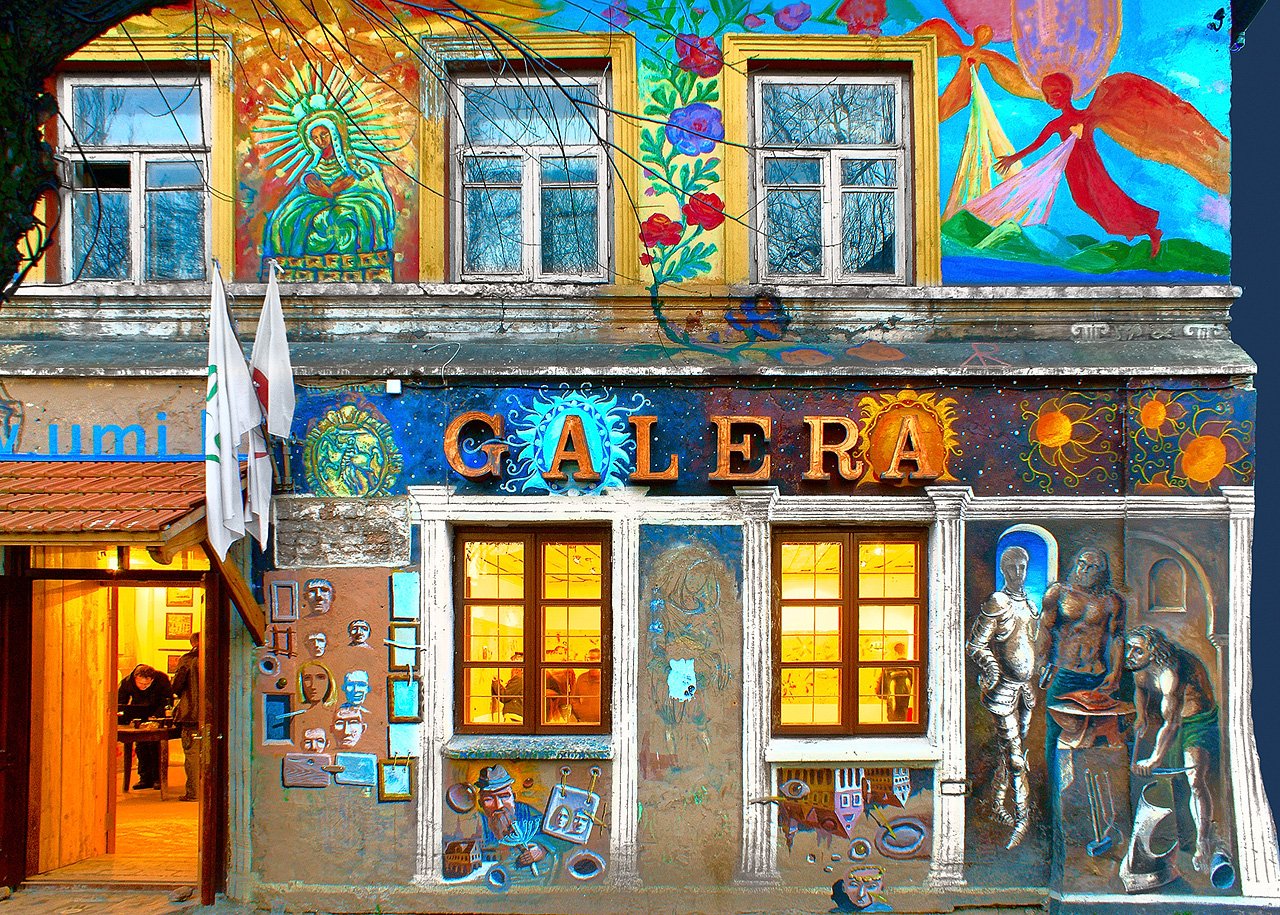 Vilnius is a fine looking city which wears its mix of late Gothic, Renaissance and Baroque architecture well. Its Old Town, the largest in Eastern Europe, has witnessed dramatic and traumatic events over the centuries, changing hands between Poland and Russia and enduring the dual oppressions of first the Nazis and then the Soviet Union before gaining independence from Russia in 1990. The Lithuanian Art Museum is an umbrella organisation responsible for several Vilnius museums.

Overlooking the Old Town from the opposite bank of the River Neris (there are fine views from the terrace cafe), the National Gallery of Art is home to an extensive collection of 20th and 21st century Lithuanian painting, sculpture, graphic art and photography. These are arranged in chronological order, each room examining the styles and influences of a particular period. Formerly the Museum of the Revolution during Soviet times, the building was extensively renovated for the city’s turn as the European Capital of Culture in 2009. The vast Grand Exhibition Hall is an impressive space for hosting special exhibitions by international artists.

Near the town centre, the reconstructed Old Arsenal houses the Museum of Applied Arts and Design, which has a fine collection of furniture, tapestries, jewellery, costumes, ceramics and other objects from the 15th century onwards. Originally one of the buildings of the Lower Castle (the main castle tops the hill behind it), the building is entered through a high, pointed ‘gate’ with the remains of the 14th century foundations visible from the stairs leading down to the reception hall.

In a building modelled after the Luxembourg Palace in Paris, the Baroque Radvilas Palace Museum of Art has a permanent exhibition comprising over 300 works from the 16th to the 19th century reflecting the changes in style from Gothic to Renaissance to Romanticism to Realism. Religious, mythical, pastoral and hunting scenes abound, while other works include Gothic altar wings and German and Dutch engravings.

Housed in a former 17th century palace built for one of the city’s ruling families (and used as apartments during the Soviet era), the Vilnius Picture Gallery has a permanent collection of Lithuanian art from the 16th to the early 20th century. Here the emphasis is on historical, religious, mythological and rural scenes as well as depictions of Vilnius through the ages and portraits of the great and good (men, that is) over the centuries. Concerts are often held in the beautifully restored rooms.

In a tastefully modernised early 20th century neo-Classical building refurbished and modernised with EU funds, the Vytautas Kasiulis Art Museum has a permanent exhibition of 950 works by the Lithuanian emigré artist, donated to the state by the artist’s widow and son. Kasiulis (1918-95) settled in Paris after WWII, never to return to his then Communist-held homeland. He particularly enjoyed painting studio and cafe scenes in his unique style suggestive of a film negative, an effect achieved by light brushstrokes, resulting in a strange balance between reality and fantasy. The collection of paintings, drawings and book illustrations represents his entire, prolific output. The museum also shows work by other Lithuanian emigré artists.

The newest art museum in Vilnius is MO. Open in 2018 in an angular building designed by the architect Daniel Libeskind (Royal Ontario Museum, Denver Art Museum, Victoria and Albert Museum, etc.), it houses a 5,000-work private collection of Lithuanian art from 1960 onwards belonging to the husband and wife philanthropists Viktoras and Danguol Butkus. Subjects range from metaphorical depictions of life under Soviet oppression by Valentina Antanavicius and interpretations of tragic events in Lithuania’s history by Vincas Kisarauska to 1960s abstract works by Kazimiera Zimblyte and others and Lithuanian Pop art by Kostas Dereskevicius and Leonas Linas Katinas.

Since the city of Vilnius has no collecting institution devoted to contemporary art, the MO is a much needed addition to the local and national gallery scene. The collection is rotated several times a year to reflect different themes and artists, most of whom are still active. Many of the works were banned from public display during the Soviet years.

Just off the main square near the Town Hall, the Contemporary Art Centre is the largest of its kind in the Baltic states, staging several large scale exhibitions a year as well as smaller projects. Although it has no collection of its own, it is the permanent home of the Fluxus Archive, commemorating the work of the movement’s Lithuanian co-founder George Maciunas. It also hosts the Baltic Triennial. 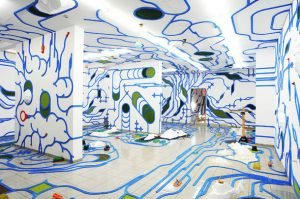 Symbolically separated from the rest of the Old Town by a tributary of the River Neris and reached by a small bridge festooned with “love locks”, the self-declared Republic of Uzupis is an artists’ enclave with its own anthem, president, constitution (including the clause ‘People have the right to be happy’) and even bishop. Its streets and courtyards are dotted with art galleries, studios and artisan shops and its honorary citizens include the Dalai Lama. Find a seat on the terrace of the riverside pub Uzupio Kavine (Republic of Uzupis) and watch the river drift past stone pile ‘sculptures’ dotted along its course.

Founded in 1991 by the Lithuanian sculptor Gintaras Karosas while he was still a student at the Vilnius Academy of Art, Europos Parkas (the Park of Europe) is a permanent exhibition of outdoor art spread over 135 acres of gently rolling, wooded countryside 17 kilometres from Vilnius. It is near the geographic centre of Europe, as determined in 1989 by the French National Geographic Institute.

Karosas’ achievement is all the more remarkable considering that he started the project during the Soviet era, when land was the property of the state and artists were discouraged from having international aspirations. After years of petitioning, during which he was expelled by one Academy director and reinstated by another, he was eventually granted a dozen acres of undeveloped land and for the first few years worked alone, cutting, clearing and burning trees.

Karosas’ vision – “to connect nature with art” – has resulted in a beautiful setting in which the location of each piece is chosen to harmonise with the site’s water features, surrounding trees and plants and the daily patterning of light and shadow. The first non-governmental museum in Lithuania, the park features over 100 pieces donated by artists from nearly 30 countries (some as gifts in the 1900s to the newly independent Lithuania), including Sol LeWitt, Dennis Oppenheim and Magdalena Abakanowicz.

In 2001 Karosas’ own work LNK Infotree was recognised by the Guinness Book of World Records as the world’s largest artwork made from TV sets. In its original form visitors walked through a 700-metre labyrinth with nearly 3,000 TV sets stacked on both sides, a comment on the power of television in the Soviet era to spread misinformation. For safety reasons, much of the original work has been dismantled, but not before some TVs were plundered by locals for spare parts.