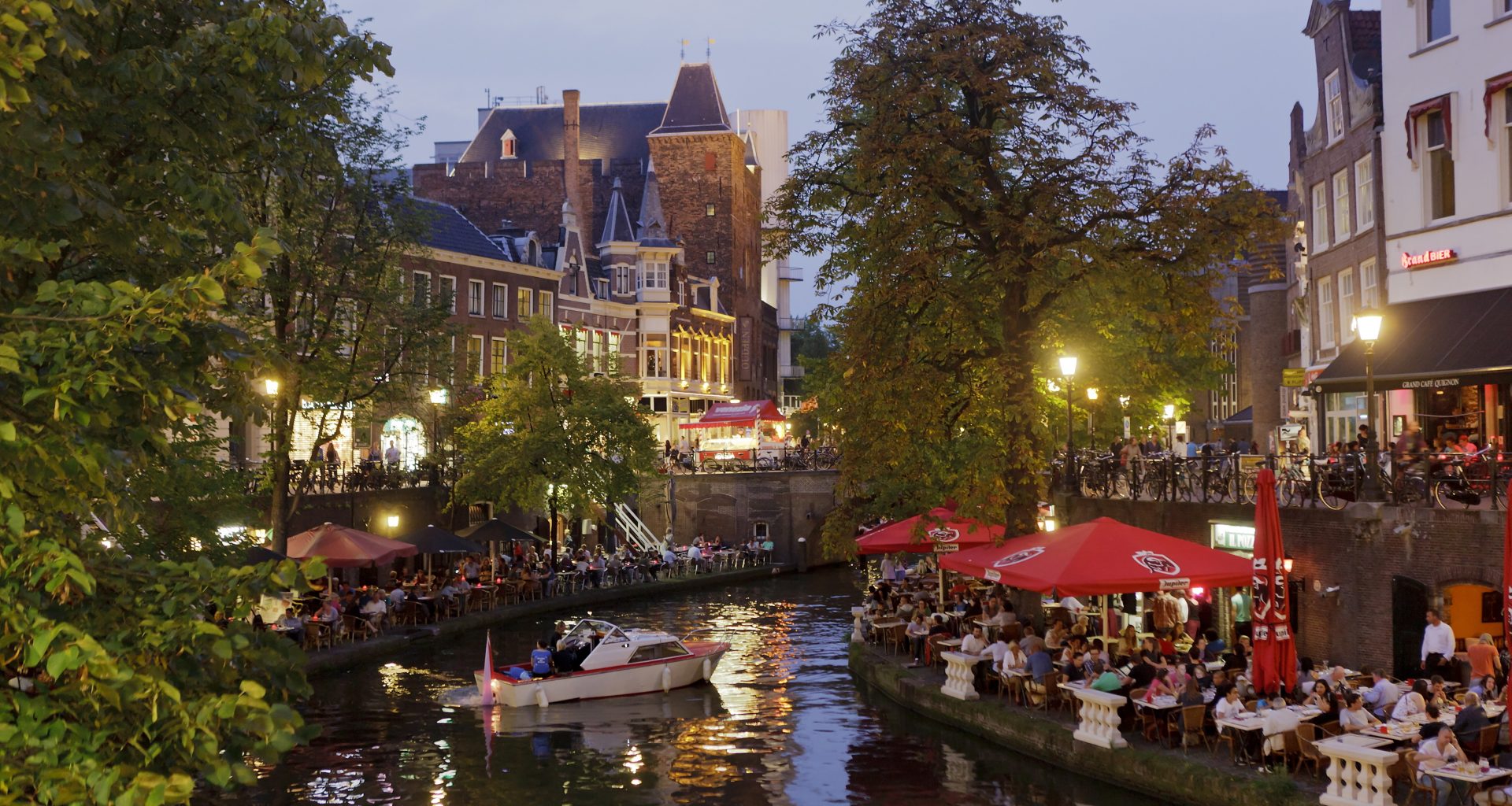 Utrecht is more than a “mini-Amsterdam”

The centre of cultural, political, economic and religious activity in the Low Countries in the Middle Ages, Utrecht is a charming city mercifully free of the tourist hordes which flock to the capital. With some 70,000 students, it has the youngest population of any Dutch city.

Utrecht’s Oudegracht (Old Canal) has wharves which act as a second street at water level and where former storage cellars dug under the upper street now house restaurants. Every day after sunset Trajectum Lumen comes to life. (Trajectum is the Latin name for Utrecht.) This nightly light show illuminates bridges, churches and canals around the city centre and it is a delight to watch the changing colours bathe the old buildings and reflect on the water.

Considered the most beautiful collection of medieval art in the Netherlands, it also includes paintings by Rembrandt, Jan Steen and other contemporaries from the Golden Age of Dutch art. There is a changing series of special exhibitions. At Christmas people come from all over Holland to see its nativity scene.

Founded in 1838, the Centraalmuseum is Holland’s oldest municipal museum. Housed in a former medieval cloister with a modern, glass-encased entrance, it has an extensive collection of old masters (including works by the Dutch ‘Caravaggists’ known to have influenced Rembrandt and Vermeer), contemporary art and applied art and fashion. In 1917 the museum became the first to appoint a fashion curator to oversee a collection which is now the most important in the Netherlands.

The museum also has the world’s largest collection of designs by Utrecht-born Gerrit Rietveld (1888-1964). Perhaps best known for his classic red and blue chair, he made a significant contribution to 20th century architecture and design, with over 100 buildings and many pieces of furniture. Rietveld is as revered in the Netherlands for his contribution to 20th century architecture and design as his contemporaries Frank Lloyd Wright, Mies van der Rohe or Le Corbusier are in their homelands.

Elsewhere in Utrecht is the Rietveld Schröder House, named after Gerrit Rietveld and the woman who commissioned it, Truus Schröder, the first time Rietveld had been asked to design an entire house. Completed in 1924, the most famous house in Utrecht is a highlight of ‘De Stijl’ movement with its seamless transitions from inside to out, primary colour scheme and large, bright living area which can be partitioned into different spaces using flexible walls. A private residence until Truus’s death in 1985, this iconic Utrecht landmark is now a UNESCO World Heritage Site and is open to the public by advanced booking.