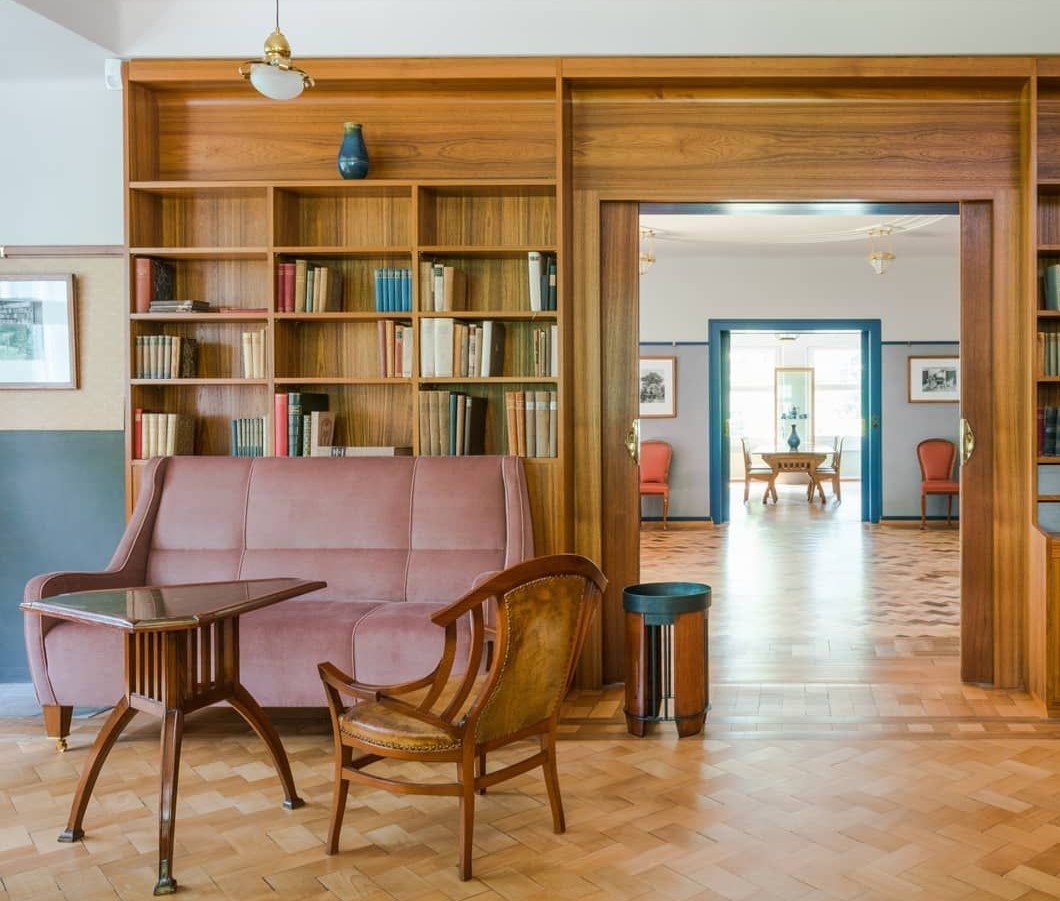 The German state of Thuringia is the birthplace of the most influential design school of the 20th century.

Design-lovers should not miss the German state of Thuringia, birthplace of the most influential design school of the 20th century. Bauhaus (literally, ‘building house’) was founded there, and a number of cities in the region can claim connections to the movement.

Operational between 1919 and 1933 (when it was closed down by the Nazis as ‘degenerate’ and for its Jewish connections), Bauhaus was a German art and craft school grounded in the idea of the ‘Gesamtkunstwerk’, or ‘total work of art’ in which all the arts would be brought together. The Bauhaus Manifesto declared: ‘ Together let us conceive and create the new building of the future, which will embrace architecture and sculpture and painting in one unity. Combining minimalist aesthetics with functionality, its reach extended into furniture, household appliances, ceramics, graphic design, interiors, theatre sets and costumes, lighting and even children’s games.

In 1919 the architect Walter Gropius established the Bauhaus School in Weimar, a small, picturesque town known for its association with the German literary giants Goethe and Schiller as well as the philosopher Nietzsche and the composer Franz Liszt. In the Bauhaus Manifesto Gropius declared: “Together let us conceive and create the new building of the future, which will embrace architecture and sculpture and painting in one unity and which will rise one day toward heaven from the hands of a million workers, like the crystal symbol of a new faith.”

Gropius assembled leading lights of the European avant-garde, including Wassily Kandinsky, Paul Klee and Lyonel Feininger, to teach at the new school of design. The most famous example of “white cube” Bauhaus architecture, Haus am Horn was built in Weimar as a show house for the first architecture exhibition in 1923. It is now UNESCO-listed.

Originally opened in 1995 and housed in a new building since 2019 (the Bauhaus centenary year), the suitably stark, cuboid Bauhaus Museum holds temporary and permanent displays from the world’s oldest known Bauhaus collection, which has been augmented by more recent acquisitions. The museum introduces visitors to the school’s initial teaching staff and shows examples of early student work.

The building’s five storeys are linked by a single staircase which seems to cascade like a waterfall from level to level. From here a view of the rolling countryside takes in a distant memorial tower. It marks the site of the Buchenwald concentration camp, the gates of which were designed on the orders of the camp commandant by prisoner Franz Ehrlich – ironically, a former Bauhaus student. Ehrlich had been arrested for being a Communist ans as an act of resistance he designed the lettering on the gate (‘To each his own’, referring to the Nazis’ power of life or death over the inmates) in a distinct Bauhaus style.

Elsewhere in Weimar is the ‘Gesamtkunstwerk’-inspired Haus Hohe Pappeln (the House of High Poplars, although the trees are no longer there) that the Belgian architect Henry van de Velde built for himself.

In 1926, as the political climate in Weimar grew more conservative, Walter Gropius moved the Bauhaus to Dessau, taking up residence in a new building he designed to house the various departments of a school to teach everything from furniture design to typography. Today Bauhaus Dessau is a vibrant institution specialising in experimental design, research and tuition. There are guided tours for visitors, including an exhibition space and a film telling the Bauhaus story through its main innovations and leading lights.

Nearby in a small pine wood is a cluster of identical, semi-detached buildings called the Masters’ Houses. Built between 1925 and 1926 to accommodate some of the school’s teachers, they exemplify the Bauhaus concept of live-work spaces. Today they house exhibition spaces and studios for working artists. Visitors can tour the restored double-house shared by Paul Klee and Wassily Kandinsky.

To satisfy your hunger for Bauhaus, head to the banks of the River Elbe, where despite many renovations the Carl Fieger-designed Kornhaus restaurant still has plenty original features to please the eye.

The influence of Bauhaus on our domestic lives is still evident in many modern households. 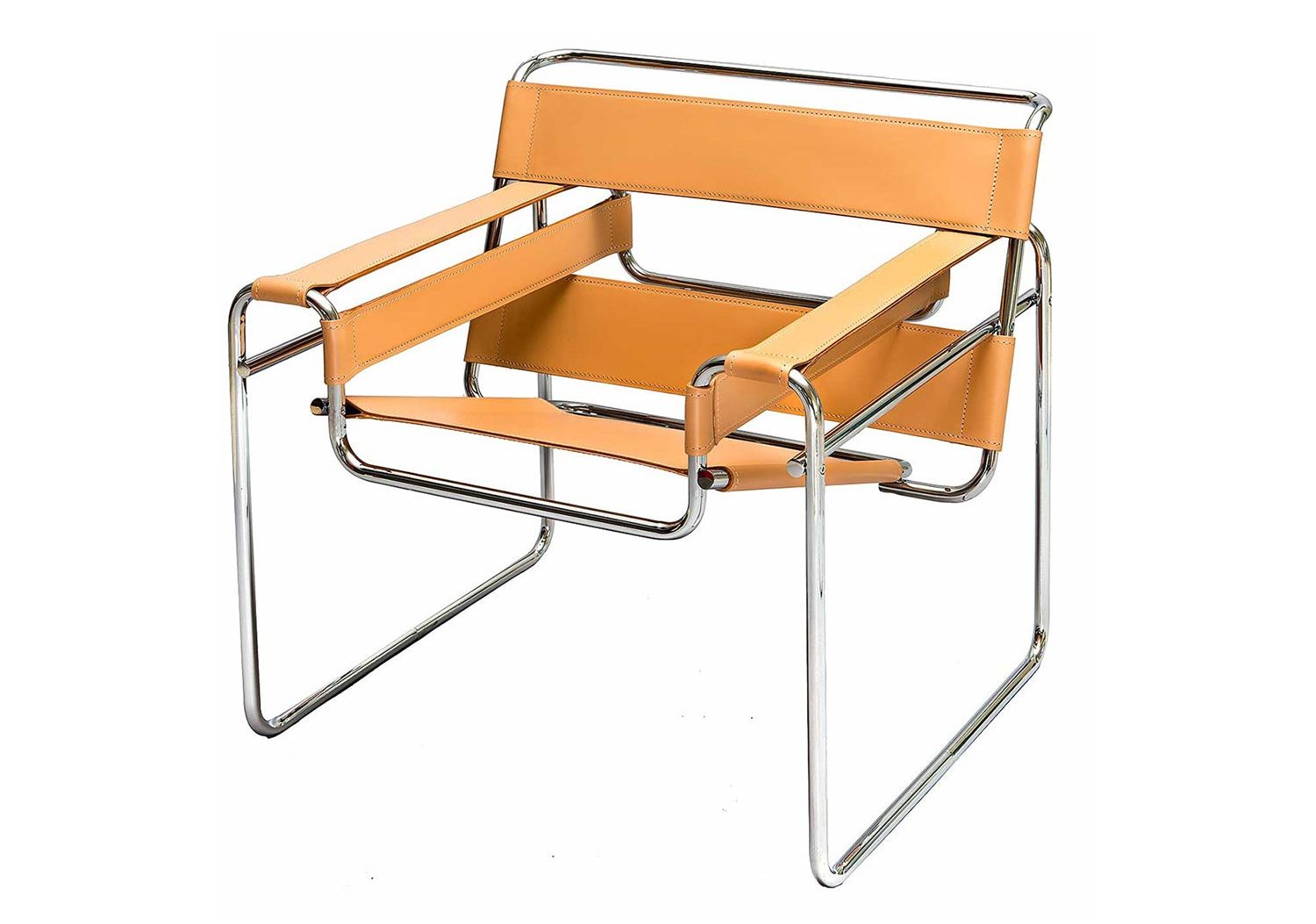