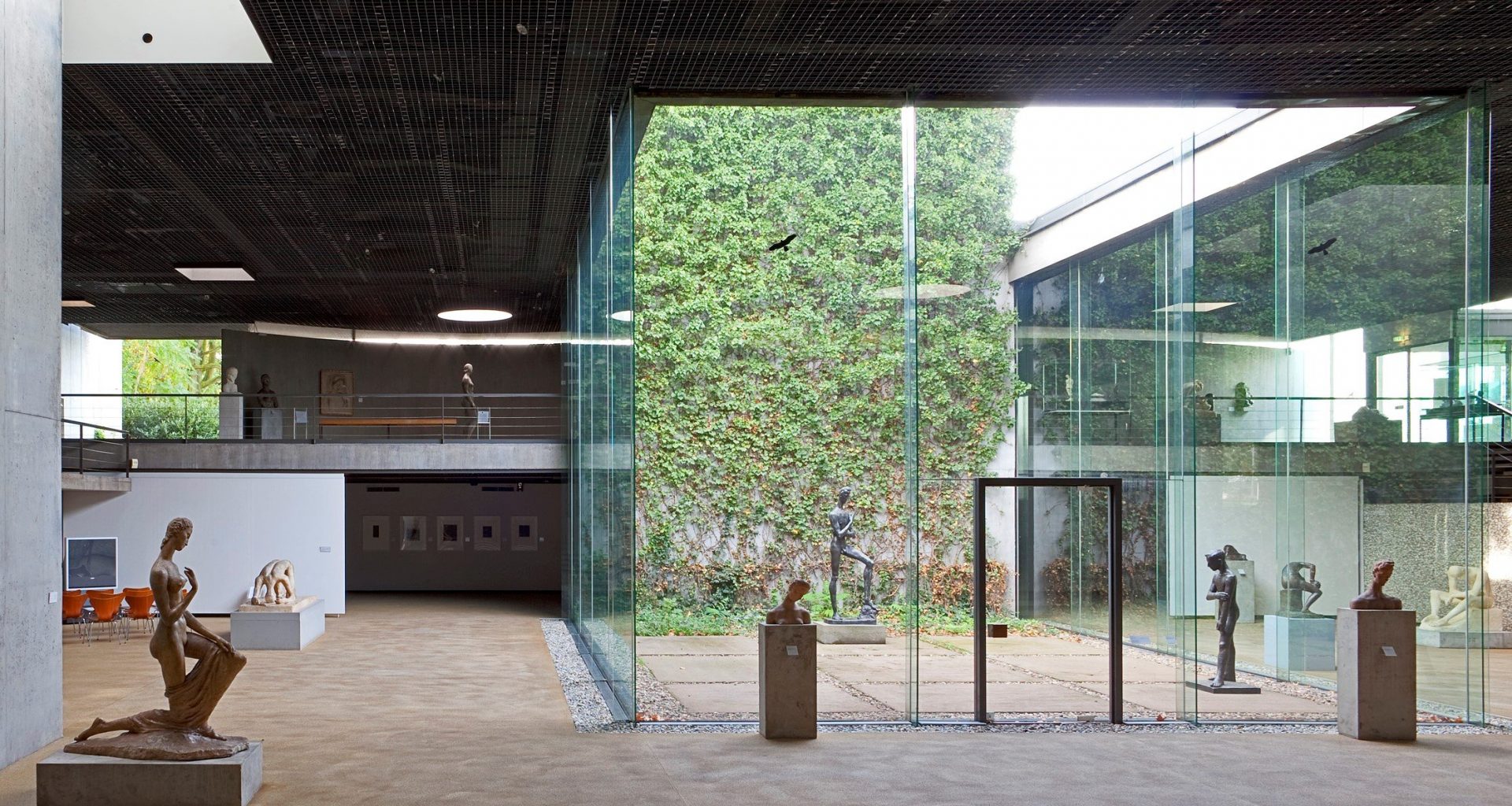 How culture has transformed a once blighted region of Germany

Germany’s ‘Ruhrgebiet’ (Ruhr area, named after the river which runs through it) is one of many cities and regions around Europe which has used art to reinvent itself. The region comprises over 50 cities and over five million inhabitants, making it the third largest conurbation in the EU after London and Paris. The main cities, such as Essen, Duisburg and Bochum, are as little as 15 minutes apart and some 20 art museums collectively hold one of the largest modern art collections in the world.

Even the landscape, once blighted by rampant industrialisation, is embracing art. American sculptor Richard Serra’s Bramme (Slab) sits atop a former slag heap, a former gasometer in Oberhausen was redeveloped by the late Christo as one of Europe’s most unusual exhibition spaces and former industrial buildings have been reborn as arts venues.

Europe’s first museum of contemporary art, Museum Folkwang (loosely, ‘hall of the people’), a sprawling, modern complex a short distance from the city centre, holds the region’s largest collection of modern art. It was founded in 1902 by Karl Ernst Osthaus, who was one of the first museum directors to buy and exhibit a work by Van Gogh. He also coined the slogan “Change through culture – culture through change”, which was adopted by the region for its stint as the 2010 European Capital of Culture, the first time the award had been given to a whole region.

The most famous industrial monument in the Ruhr area and a symbol of the region is the huge pithead tower of the Zollverein. Dubbed “the world’s most beautiful coal mine”, it was the largest ever built in Europe, covering an area of about 200 football fields. Forced into closure in the 1980s by the influx of cheap coal from Asia, after years of desolation it has been redeveloped into an arts, culture and heritage centre. The Zollverein’s Bauhaus-inspired architects aspired to have industrial buildings regarded as “city monuments” and it is the only industrial site to receive UNESCO World Heritage Site status.

The highest outdoor moving staircase in Germany (58 metres) leads up to the visitor centre in the main building, where the Ruhr Museum has a permanent exhibition showcasing the natural, cultural and industrial history of the region from prehistory to post-WWII.

Elsewhere on the site, the Red Dot Museum, redesigned by the British architect Lord Norman Foster, has the world’s largest exhibition of contemporary design. Over 4,000 square metres of floor space provide a showcase for around 1,500 products from across the globe – all of them winners of the prestigious red dot designation for product design.

Elsewhere in the complex the cube-shaped SANAA Building is an architectural gem used for exhibitions of photography, communication design and industrial design by students of the Folkwang University of the Arts.

Named after the Duisburg-born sculptor William Lehmbruck (1881-1919), the Lehmbruck Museum is a centre for international, modernist sculpture. As well as Lehmbruck’s works, there are pieces by Giacometti, Barbara Hepworth, Calder, Picasso, Ernst, Rodin and many others. Set in a park dotted with sculptures, the museum has large, light-filled galleries with open views from floor to floor.

Comprising over 50 gallery spaces, the Museum DKM caters to both contemporary and traditional tastes, including ancient Asian and Egyptian art, statues, busts, vintage and contemporary photography and sound installation. The labyrinthine, multi-level complex of three buildings has five themed display areas. Picture windows look out onto sculptural pieces in the surrounding courtyard.

The Museum Küppersmühle für Moderne Kunst (MKM) is housed in a huge, red brick building previously used as a corn mill and storage silo to load boats moored at the adjacent dock in the world’s biggest inland harbour. It stands at the centre of an enormous regeneration programme based on a master plan by Lord Norman Foster and including flats, offices, restaurants and shops.

Entered by a remarkable, terra cotta-coloured staircase, the MKM has one of the most extensive collections of post-WWII German art, including works by Joseph Beuys, Anselm Kiefer and Gerhard Richter, There are also several exhibitions a year of international art. As befitting the size of the building (it has six metre-high ceilings), the artworks too are large scale.

The Kunstmuseum Bochum (‘Kunst’ is German for art) presents a series of changing exhibitions from its collection of primarily European art from around 1900 onwards. Highlights include Czech Symbolism and Cubism, an extensive collection of works on paper by Lovis Corinth, samples by all the important German expressionists, an extensive Surrealism collection, including works by members of the COBRA group, Eastern European art from the 1960s onwards and individual works by Francis Bacon, Frank Stella, Cy Twombly, Nam June Paik and others.

Situation Kunst, an ensemble of buildings on the outskirts of Bochum, houses international contemporary art and ancient African and Asian art belonging to the collection of Bochum University. A modern addition, the ‘Kubus’ (Cube), rises from the ruins of the Weitmar House, destroyed in WWII, and hosts changing exhibitions. The surrounding parkland is dotted with sculpture and outdoor art.