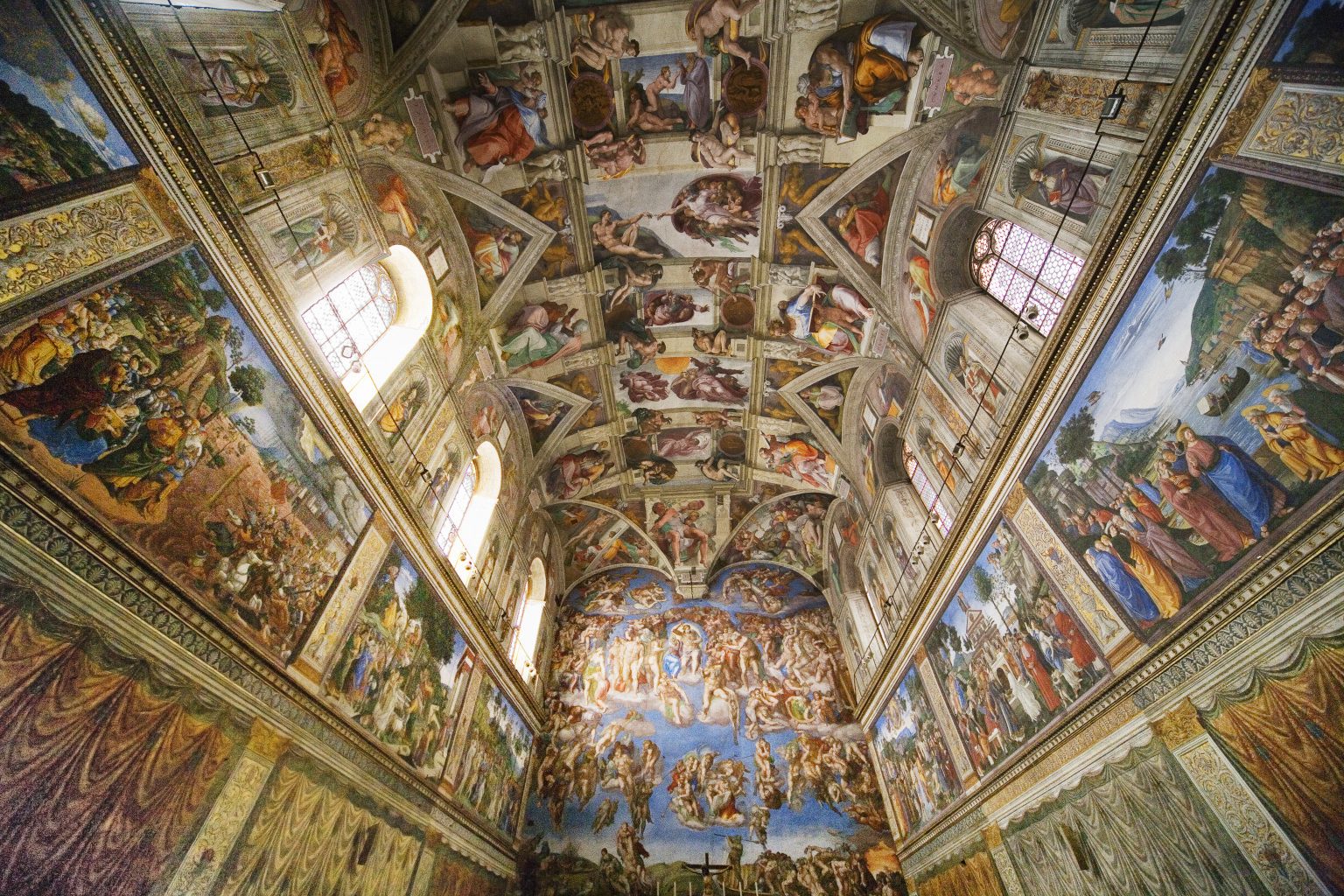 Once the cultural centre of one of the largest empires in history, Rome has museums dedicated to virtually every aspect of humanity. There are archaeological museums, historical museums, religious museums, military museums, scientific museums, anthropological museums – and, of course, art museums. While in few cities are traces of the past so palpable, celebration of art in the “Eternal City” did not stop a few centuries ago. Following the 1861 unity of Italy, museums began to appear dedicated to Roman, Italian and international art and the 21st century has already welcomed two new museums dedicated to modern art. With no Louvre to offer one-stop museum-viewing, museums are fairly spread out – all the more reason to explore this beguiling city.

Opened in 2010, the MAXXI (the name derives from the Italian for the National Museum of Art of the 21st Century) is Italy’s first national museum dedicated entirely to contemporary art. The permanent collection includes paintings, photography, and multi-media installations by Italian and international artists such as Ed Ruscha, Gilbert & George, Anish Kapoor and Gerhard Richter.

The building itself, by the late Iraqi-British architect Dame Zaha Hadid, is a curving, jutting, eye-popping structure of glass, steel and concrete which visitors find their way around through a labyrinth of bridges and ramps. It won Hadid the Stirling Prize for Architecture for the best new European building built or designed in Britain.

They don’t build them like the National Gallery of Modern and Contemporary Art any more. The monumental building with immense pillars has 75 rooms housing the largest collection of works by 19th and 20th century Italian artists, including de Chirico, Modigliani, Canova and many others, as well as an assortment of works by international artists such as (deep breath) Calder, Renoir, Klee, Kandinsky, Mondrian, Klimt, Miro, Braque, degas, Cezanne, Monet, Rodin, Giacometti, Goya, Van Gogh, Pollock, Warhol, Klein, Duchamp and Moore. The entrance hall with its mirrored, ‘crazy paving’ flooring reflects a real sense of magic which the collection does not fail to deliver.

Nearby in the Villa Borghese Park is the Galleria Borghese, one of the oldest and most famous museums in Rome. Housed in a sumptuous, 17th century villa, the works were drawn from the collection of Cardinal Scipione Borghese, nephew of Pope Paul V (who reigned from 1605 to 1621), and gathered in the late 16th and early 17th centuries. The Borghese is renowned for its collection of classical sculptures by the likes of Bernini (especially his Apollo and Daphne) and Canova, many of them displayed in the very spaces they were intended for, and paintings by Renaissance masters such as Rubens (a spectacular Pieta), Titian, Raphael, Caravaggio (is his Sick Bacchus a self-portrait?) and Correggio.

You can book a time-slot in advance or try your luck and join the queue to get a ticket in the event of a no-show. At the very least you may be able to sneak a peek at the imposing entrance salon with its Roman statuary and fourth century floor mosaics showing gladiators fighting wild animals.

On the other side of the Villa Borghese Park in a residential neighbourhood of 19th century apartment buildings is the Museo d’Arte Contemporanea de Roma, or MACRO. Housed in a converted Peroni beer plant, the cavernous rooms of its industrial past are put to good display use. The permanent collection includes important Italian works from the 1960s onwards, and there is a changing programme of themed and showcase exhibitions.

The public spaces are swathed in shiny, colourful surfaces and the sense of fun is carried over into the restrooms, with their mirrored walls and translucent sinks which flash different neon/UV colours when in use. Outside you can see the remains of an ancient Roman house unearthed during the reconstruction, while Pascale Marthine Tayou’s hotair balloon-like Plastic Bags seems ready for lift-off.

In the heart of the old city just off the Piazza Navona, one of Rome’s busiest squares, you’ll find a peaceful oasis in the Chiostro del Bramante, the Renaissance cloister of the Santa Maria della Pace church. The beautiful exhibition space hosts changing exhibitions, which in the past has shown work by artists from Bruegel to Banksy and including Turner, Tissot, Chagall, Warhol and Basquiat. Bonus: For a quiet moment in this super-busy city, find a seat on one of the stone nooks overlooking the central courtyard and admire frescoes by none other than Raphael. 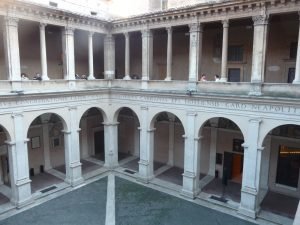 Find a quiet spot in the Chiostro del Bramante

Built in 1883 in the centre of Rome, the Palazzo delle Esposizioni (Exhibition Palace) was the first monumental public construction after the unity of Italy, with Rome as its capital. Today the city’s most prominent, multi-disciplinary cultural centre, it hosts exhibitions, film screenings, theatre and music performances, conferences and other events.

Retrospectives on 20th century American avant-garde and socialist realism have included Mark Rothko, Stanley Kubrick, Bill Viola, Giorgio De Chirico and Alexander Calder, while photography has a major part in the programme with exhibitions dedicated to the likes of Robert Doisneau and Helmut Newton as well as photo reportage of historical events such as the Mexican Revolution and the Prague Spring.

The Scuderie del Quirinale is housed in the former carriage house and stables (‘scuderie’ is Italian for stable) of the Quirinale Palace, the official residence of the President of the Italian Republic. Revamped and reborn as an art gallery in 1999, it hosts on average three exhibitions a year, which have included 100 Masterpieces from the Hermitage, Masterpieces from the Guggenheim and exhibitions devoted to Botticelli, Tintoretto, Titian, Vermeer, Rembrandt, Velazquez, Bernini, Dürer, Titian and many others. There are great views over red-tiled rooftops from the glass-encased staircase between floors, while in the square outside you can gawp at Horse Tamers, two gigantic marble statues depicting the twin brothers Castor and Pollux.

A short walk from St Peter’s Basilica, the stunning collections in the Vatican Museums represent the artistic tastes of a succession of popes from 1506 onwards. In lavish room after lavish room you will find Egyptian artefacts, Greek, Roman and Etruscan art, classical statuary, frescoes, Flemish tapestries – enough to fill a whole day, if you are so inclined. Of course, most visitors make a beeline for the world’s most famous fresco – Michelangelo’s masterpiece which covers the ceiling and one wall of the Sistine Chapel. As you gaze at the vast tableau of biblical legends and Old Testament prophets, imagine the obsessive artist at work on his opus for four years, lying on his back on high scaffolding, paint and plaster dripping on him.