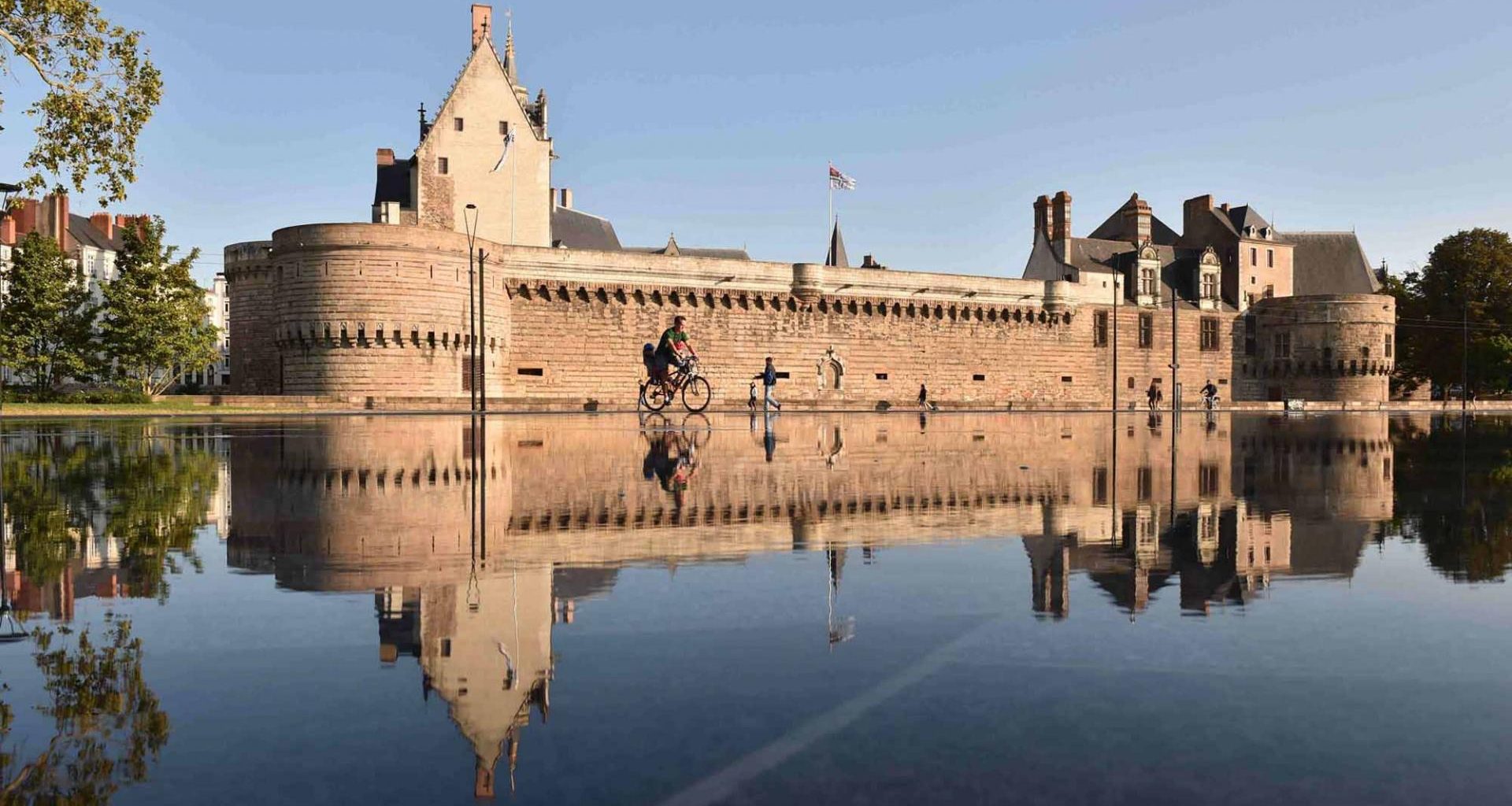 How a city was reborn through culture

One newspaper’s description of Nantes as ‘the loopiest city in France’ belies a serious, long-term strategy: To reinvent a city through art and culture. In Nantes this has been a great success. From being laid low in the 1980s with the collapse of its ship-building and freight industries (it is situated on the Loire estuary, where the great river first smells the Atlantic), it has emerged as a fun and creative city revitalised by cultural tourism. It is often rated No.1 in France for quality of life.

The main figure driving this renaissance is the arts entrepreneur Jean Blaise, founder of Le Voyage à Nantes, the annual, two-month arts festival which transforms the city. (He was also behind La Nuit Blanche, the all-night festival in Paris.) Blaise’s credo – to combine the city’s cultural and tourist attractions into a single brand identity – saw visitor numbers increase by over 50 per cent in under ten years. He said: “The important thing is to understand that culture is fundamental for the life of a city. In fact, it cannot exist without it. The idea of the festival is to colonise every part of town with artistic creation.” In 2020 Le Voyage à Nantes was voted European Cultural Tourism Region of the year.

Much of Nantes city centre, a pleasant mix of proud, 19th century buildings with a smattering of medieval timber-frame structures, has been pedestrianised and every summer a city-wide art trail is marked by a green line painted along streets and through alleys linking dozens of public artworks, installations, urban furniture and some of the city’s finest architectural features. Some business owners, feeling left out, complained that the green line did not run past their premises and one disgruntled cafe owner painted an offshoot leading to his front door.

Walking around the city centre, you may find yourself constantly looking up for fear of missing the quirky ‘enseignes’ (signs) designed by local artists to depict the type of business located under them, such as cartoonish pigs’ heads above a butcher’s shop or a shaggy Highland cow above a barber’s shop.

With a modest independent gallery scene, Nantes has one dominant player. The Musee d’Arts de Nantes is one of the biggest regional art museums in France and the only one outside Paris with a collection spanning the 13th to the 21st centuries, thus presenting an unbroken timeline of the history of art. In recent years it has been completely refurbished and gained a new extension.

The museum is unique in presenting art from different periods in the same spaces, for example by hanging an Old Masters work in a contemporary room. This creates a duality between old and new and departs from the post-WWII split, when new museums were created to specialise in modern art. The overall collection includes works by some of the biggest names in art such as Ernst, Ingres, Chagall, Picasso, Leger, Kandinsky, Courbet, Dufy and Monet.

Taking its name from the first initials of the founder and his wife of the former biscuit factory in which it is located, LU, or the Lieu Unique (Unique Place) is a sprawling cultural centre topped by the beautiful, tiled LU Tower, which features Pheme, the Greek goddess of fame, and signs of the zodiac. (The biscuit factory still exists elsewhere and continues to make Petit Beurre, or Little Butter, a kind of shortbread popular in France.) The former factory halls are ideal for displaying large scale contemporary works. The programme also includes theatre, dance, circus, music, literary gatherings and debates.

The last of the great Loire Valley castles before the Atlantic Ocean, the Chateau des Ducs de Bretagne hosts a changing exhibition programme. Past presentations have included the origins of Surrealism (the movement’s founder, Andrew Breton, was stationed in Nantes during WWI), pre-Hispanic Columbian gold treasures and Japanese engravings.

In the middle of the River Loire, the Ile de Nantes is the city’s creative quarter. Once the site of abandoned shipyards and run-down industrial buildings, it has seen architects vying to outdo each other with eye-popping new builds and whimsical refurbishments, from the severely slick-black Palais de Justice to the Manny building clad haphazardly with aluminium strips to resemble a bird’s nest. It even emanates pre-recorded chirping sounds.

No visit to Nantes is complete without a visit to Les Machines de l’Ile (the Island Machines), a blend of Leonardo da Vinci mechanical universe, Victorian circus and Jules Vernes fantasy. (The author of 20,000 Leagues Under the Sea and Journey to the Centre of the Earth was born in Nantes). A former boiler-making factory is now the workshop of a team of madcap engineers who have built a mechanical menagerie, from an eight-metre high heron flying passengers overhead to a giant ant scurrying across the floor.

You may also spot a huge, steel and wood elephant strolling around with visitors on its back. Add to that the three-tiered Carousel of Marine Worlds representing different levels of the ocean with passengers riding in creatures which inhabit each one, and you’ll feel like an extra in the latest Disney caper.

A cruise along the Loire estuary passes some of the extraordinary installations created for Estuaire, an open air museum of some 30 works inspired by the river’s industrial and shipping heritage. They include a house perched 15 metres up on a chimney stack (Tatzu Nishi’s Villa Cheminee), a boat melting Dali-like over a quay (Erwin Wurm’s Inconceivable), a house sinking into the water (Jean-Luc Courcoult’s La Maison dans la Loire) and the 120-metre long metal skeleton of a giant sea snake (Huang Yong Ping’s Serpent d’Ocean). 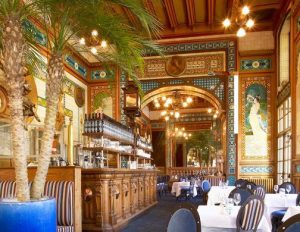 First opened in 1895, La Cigale (The Cicada) brasserie is a recognised historic monument for its sumptuous Art Nouveau design. 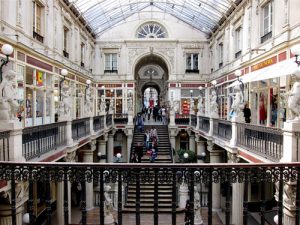 The Passage Pommeraye is an elaborate, 1840s shopping centre complete with Renaissance-style statues.