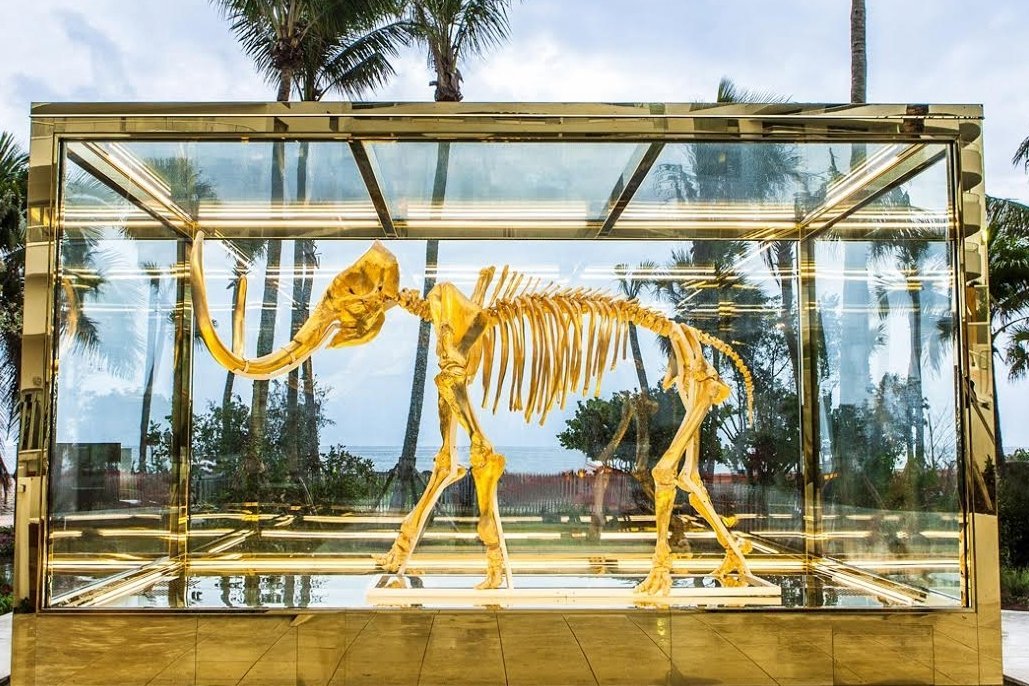 There’s more to Miami than beaches and nightlife

Miami has one of the most diverse populations in the United States, with its confluence of Caribbean, North American and South American cultures reflected in the arts. In the last few years the city has seen the opening of a new, multi-million dollar art museum, the Institute of Contemporary Art (ICA) Miami, the Rubell Museum has opened a 100,000 square foot complex and an old favourite, the Bass Museum, has re-emerged after an extensive refurb.

Throw in an entire neighbourhood dedicated to street art and the world’s largest concentration of Art Deco architecture, and visiting art-lovers will find plenty to occupy their time when not lounging pool-side, savouring Afro-Caribbean cuisine or enjoying the vibrant nightlife.

Designed by the Swiss architectural firm Herzog and de Meuron (Konzerthaus Munich, London’s Royal College of Art, Neue Nationalgalerie Berlin, etc.) the Perez Art Museum of Miami, or PAMM, is the city’s flagship art centre. Dedicated to 20th and 21st century art of the Atlantic Rim (the Americas, Western Europe and Africa, with an emphasis on Miami-, Caribbean- and Latin America-focussed art), its dramatic location by Biscayne Bay (hence the largest hurricane-proof windows in the world) overlooks Museum Park with its public gardens and sculpture installations. The museum’s galleries are dedicated to five genres of painting – still life, historical, landscape, portraiture and scenes from everyday life – in both traditional and contemporary forms. There is also sculpture, video, photography and installation.

A unique feature are the museum’s hanging gardens, which drape down from roof to ground and give the facade a tropical, jungly feel in contrast to the white, angular structure. Some 40 species of trees and over 200 species of flowers and other plants attract nesting birds and butterflies. A stroll across Museum Park brings you to Jaume Plensa’s Looking into my dreams, Awilda, one of the Spanish sculptor’s signature giant heads, looking out over the bay.

Built in 1930 as the Miami Beach Public Library and Arts Center, the Bass Museum is one of the oldest Art Deco buildings in Miami. The first public exhibition space for art in South Florida, the building is covered in fossilised Paleolithic coral, which adds texture and an aged hue.

Specialising in contemporary art, the museum underwent a $12 million transformation which increased the programmable space by almost 50 per cent, including four new galleries. The newly dedicated permanent collection gallery shows a rotating selection of works from the original Bass collection, while temporary exhibitions of international contemporary art occupy the rest of the building.

Housing one of the world’s largest, privately owned contemporary art collections, the Rubell Museum occupies a complex of former industrial buildings in the Allapattah neighbourhood, an emerging cultural quarter. Amassed over five decades by Don and Mera Rubell, the collection features work by well known artists such as Jean-Michel Basquiat, Keith Haring, Jeff Koons and Cindy Sherman as well as championing emerging artists. There are also changing themed exhibitions.

The Institute of Contemporary Art (ICA) is now permanently homed in the Miami Design District, an area which has emerged after years of decay to become a hotbed of galleries, museums, luxury boutiques, artist lofts and restaurants. The facade of the building, by Madrid-based Aranguren + Gallegos Architectos, is clad in a patchwork of gleaming, metallic panels which acts as a metaphorical ‘magnet’ for visitors. Three double-height levels each overlook a sculpture garden. The permanent collection includes work by the likes of Louise Bourgeois, Edward Kienholz, Chris Ofili and many others, while there is a very active – and free – exhibition programme.

Occupying a former warehouse in the Mediterranean Revival style, where “snowbirds” (northern retirees who winter in Florida) used to store their possessions, The Wolfsonian presents ‘the story of the human condition told through man-made objects’ in a fascinating collection from the modern era (1885-1945), primarily of North American and European origin.

The Miami art scene is as much about what’s on the streets as it is about museums and galleries. A visit to the Wynwood Art District should disavow any art-lover of the notion that street art is not ‘real’ art. The brainchild of a property developer and benefactor who invited street artists to ‘decorate’ a former industrial area to make it more attractive to renters, this ‘graffitification’ of Wynwood has led to enhanced property values and the emergence of over 70 galleries and museums as well as a host of cafes, restaurants and retail outlets. Everywhere you look, artists have brought walls alive with form and colour, whole sides of buildings have been transformed into a looming face here or a giant puppy dog there and roller-shutter doors are used as ‘canvases’ for emerging artists.

The epicentre of the movement, and an internationally recognised street art mecca, is Wynwood Walls, an enclosed ‘street art park’ which gives some of the world’s best street artists a wall each to showcase their work for a year. About 150,000 visitors a month immerse themselves in Aztec patterns, psychedelic swirls, Egyptian motifs, writhing bodies, grotesque cartoonery, phantasmagorical creatures and shamanic images.

The many highlights include: the Clay Hotel, said to be Al Capone’s Florida HQ; the Villa Casa Casuarina, formerly owned by the fashion mogul Gianni Versace and the scene of his 1997 shooting murder; the Art Deco Post Office building; and legendary hotels the Fontainebleau, Eden Roc, Deauville and Carlyle, which featured in the Nathan Lane/Robin Williams film The Birdcage. With no air conditioning at the time of construction, buildings sport design features to combat the Miami heat and humidity, such as corner windows to maximise the benefit of cool breezes and ‘eyebrows’ above windows which provide shade as the sun moves through the day.

While in Miami Beach, it’s worth dropping by the Faena Hotel, which boasts not one, but two spectacular works by Damien Hirst. For many people, their first encounter with Hirst’s fascination for making art from once living creatures was with works such as his shark and sheep floating in formaldehyde-filled vitrines.

Perhaps less well known is his Gone but not forgotten (2014), a real mammoth skeleton treated with gold PVD-covered stainless steel and gold leaf and displayed in a giant glass case in the hotel grounds. Said Hirst: “The mammoth comes from a time and place that we cannot fully understand. Despite its scientific reality, it has an almost mythical status and I wanted to play with those ideas of legend, history and science.”