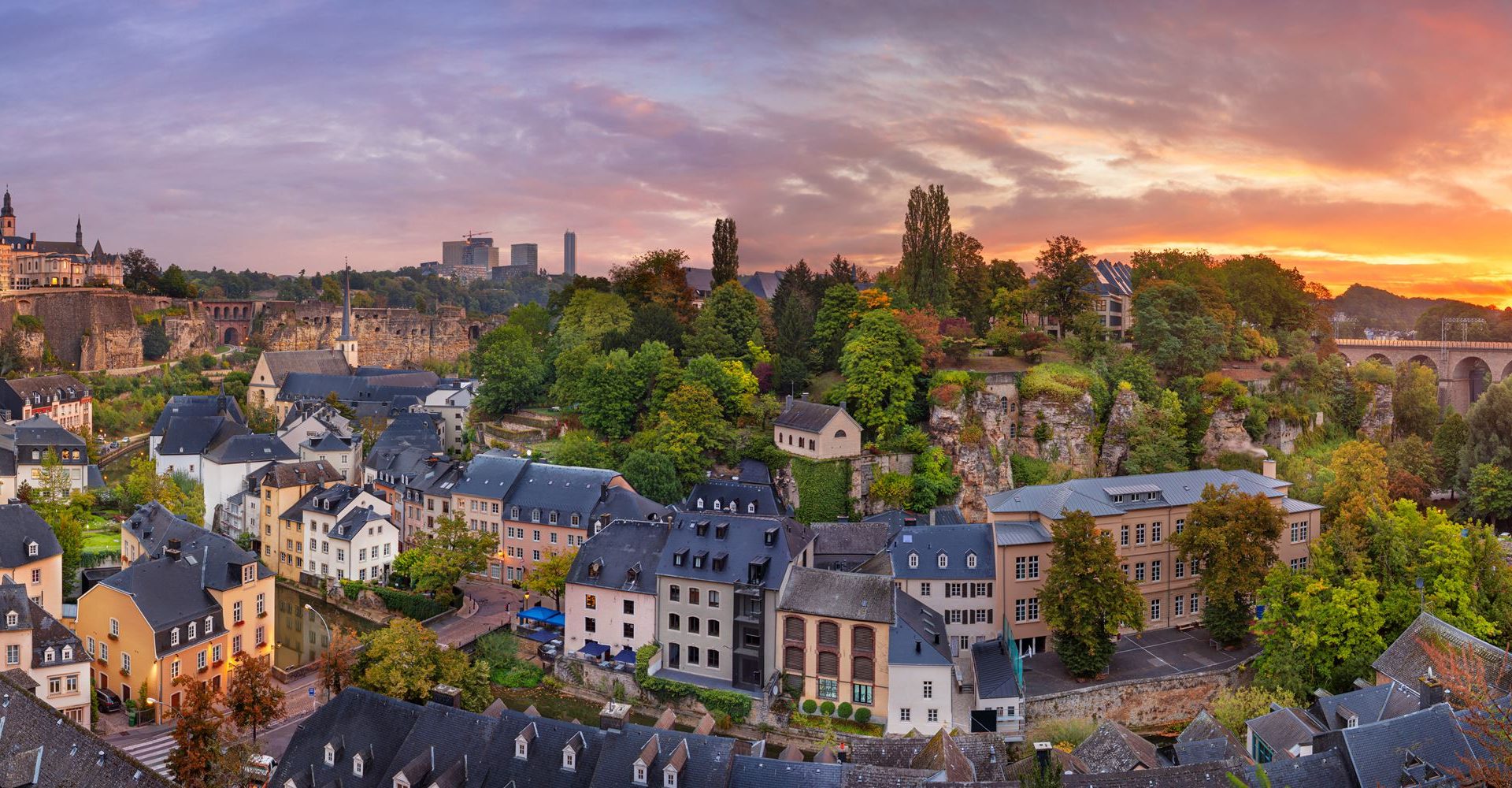 Known mainly for its financial institutions and EU offices, Luxembourg is also a great art destination

Cosmopolitan and welcoming, Luxembourg is a multi-national, multi-lingual country with a population made up of almost 170 different nationalities. Estimated to have over 70 per cent non-native residents, the capital of the country with Europe’s highest per capita income – and second lowest gender pay gap – has seen two thirds of its jobs occupied by foreigners.

The historical heart of the city is the ‘Ville Haute’ (High Town), a UNESCO Heritage Site of broad squares, monuments, fountains and grand buildings which make make up one of Europe’s most picturesque capitals. It all sits on a craggy plateau, dubbed “the most beautiful balcony in Europe”, with enormous battlements plunging down to the Alzette river and the lower part of town, or ‘Grund’, in the valley that it has carved out. The Grund is reached by the cobbled Chemin de la Corniche or a lift cut through sheer rock. Once down there, visitors will find a cluster of picturesque buildings housing cafes, restaurant and some of the city’s livelier nightspots.

The Kirchberg district is where you’ll also find Luxembourg’s premier public art museum. Designed by the Pulitzer Prize-winning “starchitect” I.M. Pei, the gleaming, white Musée d’Art Moderne, or MUDAM, rests on the original foundations of the 18th century Fort Thüngen by the great fortress builder Vauban, whose original plan Pei used in his design. Upon entering the building, visitors are greeted by German sculptor Stephan Balkenhol’s carved portraits of Their Royal Highnesses Grand Duke Jean and Grand Duchess Josephine-Charlotte, while you are invited to dip into Bill Woodrow’s Pond Life, a ‘pool’ of coin-like tokens (with a map of Luxembourg on one side and a pair of mating frogs on the other) which can be used in the storage lockers and kept as souvenirs.

The “Wow!” moment comes when entering the pyramid-like Grand Hall (echoing Pei’s pyramid in front of the Louvre in Paris), which is used as a sculpture court. Glass-encased and flooded with light, its contemplative atmosphere invites you to take your time viewing the pieces and enjoying the outside views. There is no prescribed route through the building, so from here visitors are free to head off in all directions. Six galleries over three levels are devoted to modern, installation and experiential art in temporary exhibitions complemented by selections from the permanent collection of contemporary artworks by over a hundred artists.

Elsewhere in this compact city the main art venues are within a short and pleasant walk of each other. In its neo-Baroque building, the Casino Luxembourg (the name is a clue to its former use) holds contemporary art exhibitions with an international programme of mainly younger generation artists. The ground floor has a ‘black box’ projection room showing artists’ videos, while the expansive first floor is used for temporary exhibitions. With a programme which also includes conferences, contemporary music and artists in residence, the Casino likes to think of itself as an experimental ‘think tank’ for new art trends. 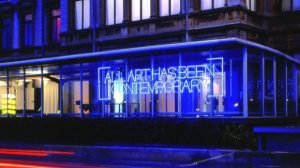 While dedicated mainly to The Luxembourg Story, a permanent exhibition tracing 1,000 years of urban history, the Luxembourg City Museum also has presentations on art, craft and design. Six levels are open to the public and on one of them a captivating series of moving images charting the seasons is projected onto the bare rock wall. The building itself is worth a visit, with impressive views from the rear terrace to the Grund below. Inside, the slow-moving, glass-sided lift seems to time-travel through the sheer rock foundations.

Behind its stark, pinkish facade, the Musée Nationale d’Histoire et d’Art, or MNHA, is a modern structure with galleries arrayed around a central, multi-storey ‘well’. The Fine Arts section comprises masterworks from the national collection spanning the 13th to 21st centuries and including Old Masters (Cranach the Elder, J.M.W. Turner), Modern and Contemporary (Picasso, Magritte, Cezanne) and Art in Luxembourg, where a room is dedicated to Joseph Kutter (1894-1941), the foremost Luxembourg painter of the 20th century and one of the leading Expressionist artists of the inter-war period. His works include the wonderful Luxembourg (1936-37), a commission for the 1937 World Exhibition in Paris.

There is also a roomful of work by the legendary, Luxembourg-born photographer Edward Steichen (1879-1973), who served as Director of the Department of Photography at New York’s Museum of Modern Art. Considered a leading figure in the history of the medium, his work marked the evolution from pictorialism to ‘straight photography’. (See also Am Tunnel.)

Paintings on loan from the Royal Museum of Fine Arts Antwerp by masters such as Rubens, Van Dyck and Murillo for a series of special exhibitions such as Art Deco in Luxembourg and Flemish, Spanish and Italian Art, while the Decorative and Popular Arts section reveals living styles and applied arts in Luxembourg from the Renaissance to the early 21st century.

The city’s most picturesque art museum sits in the middle of a park designed by the French architect Edouard André (1840-1911), who was also one of the most famous landscape painters of his time. Named after Luxembourg’s fortress-builder, the Villa Vauban evokes a calm and relaxing atmosphere, while a modern extension seems to wrap itself around the beautiful 1870s villa.

The museum houses art collections brought together by three wealthy individuals in the 18th and 19th centuries and donated to the city. These consist largely of Dutch works from the 17th century ‘Golden Age’ and 19th century historical paintings and French landscapes. They are complemented by paintings, sculptures and engravings by European artists of the 17th to 19th century.

Just off the Place d’Armes, the Ratskeller is a spacious, city-owned gallery which hosts temporary exhibitions organised by the Cercle Cité.