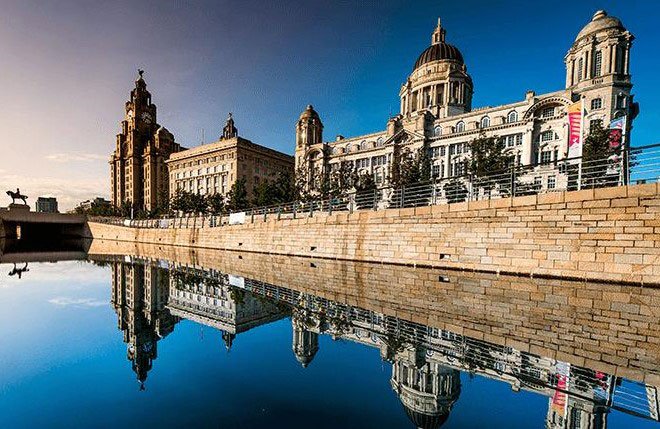 The Three Graces, (l. to r.) the Royal Liver Building, the Cunard Building and the Port of Liverpool Building, dominate the city’s waterfront

Liverpool’s industrial past still echoes in restored, red brick warehouses, which stand proudly next to some of the most imaginative modern architecture in Britain, while its seafaring history still resonates in the redeveloped Albert Dock, which has brought colour and crowds back to the waterfront. 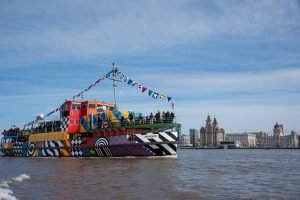 A regeneration programme which began in the 1990s reached a landmark in 2008, when Liverpool was European Capital of Culture. That was the year visitors from the rest of Britain began to arrive at Lime Street Station and international travellers at Liverpool John Lennon Airport, all eager to see what the fuss was about.

Opened in 1877, the Walker Art Gallery (dubbed the “Walky Through Gallery” by John Lennon in his 1964 book, In His own Write) holds a special place in Liverpudlian hearts. Named after brewer, former mayor and benefactor Andrew Barclay Walker (who possibly sought to improve the public image of alcohol at a time when the temperance movement was gaining strength), it epitomised the popular view in 19th century Britain that museums and art galleries would improve and refine public taste.

The range of its collections is vast, from fine and decorative art from the early medieval, Renaissance and Baroque periods to 20th century and contemporary art. There is also an extensive decorative arts collection, including jewellery, tableware, fashion and furniture, and examples of the finest work in their genre such as Wedgwood pottery and Limoges enamel. 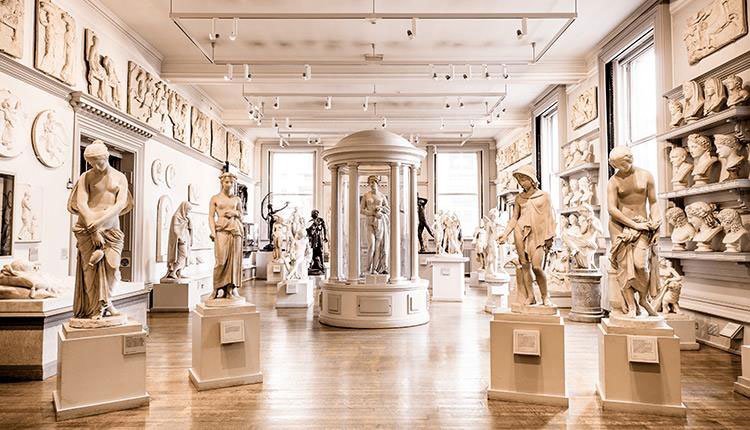 Opened in 1988, Tate Liverpool occupies a converted Grade I-listed warehouse in the Albert Dock on Liverpool’s waterfront. Part of a group of galleries which also comprises Tate St Ives in southwest England and Tate Britain and Tate Modern in London, it was created to display British and international modern and contemporary art from the Tate Collection. These works are displayed free over three floors, while the top floor hosts a paid programme of special exhibitions which have featured the likes of Gustav Klimt, Pablo Picasso, Andy Warhol, Claude Monet and Lucian Freud. One of the most visited art galleries outside London, Tate Liverpool will see a return visit of the Turner Prize in 2022 for the first time in 15 years, having been the first venue to host the event outside London. 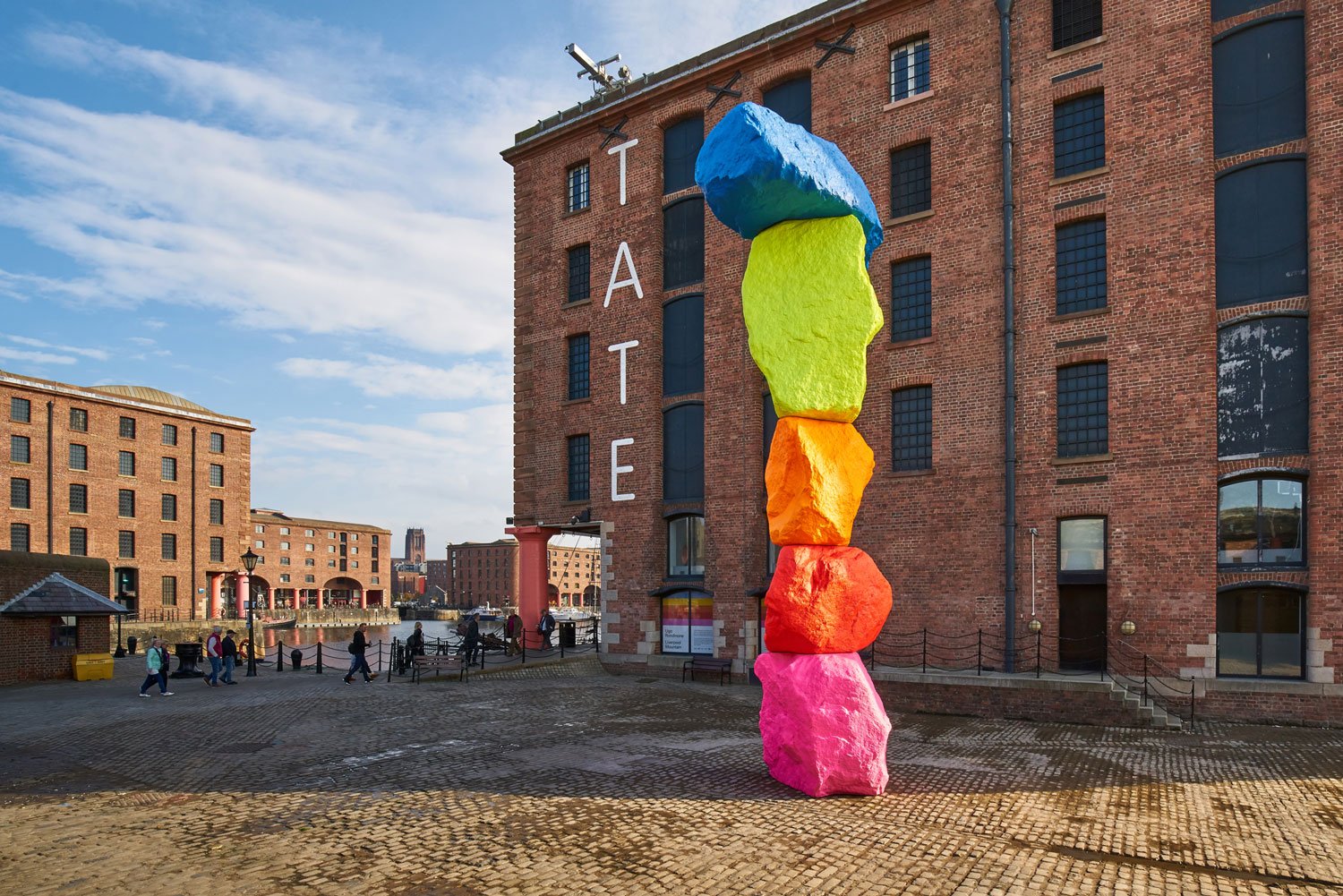 In its beautiful 1717 Queen Anne-style building, the oldest in Liverpool city centre and a UNESCO World Heritage Site, The Bluecoat began life as a charitable boarding school for poor children and in 1927 became the Britain’s first arts centre. A 1911 Impressionist exhibition there was the first time paintings by the likes of Picasso, Matisse, Cezanne and Van Gogh were seen in Liverpool. Pavlova gave a talk about ballet here, Augustus John exhibited, Yoko One performed and Simon Rattle attended music classes. There is a year-round programme of exhibitions, literature and poetry readings and music and dance performances. 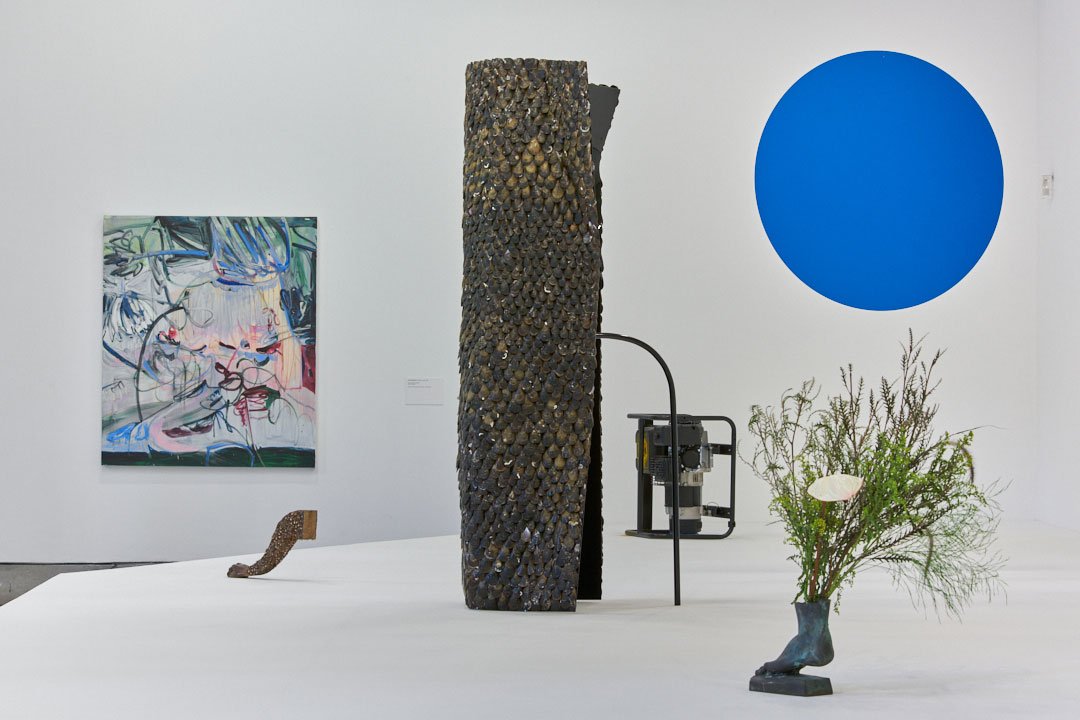 A selection of works from The Bluecoat’s contribution to the 2021 Liverpool Biennial, Photo: Rob Battersby

Don’t miss the Bluecoat Display Centre, a shop which stocks work by local, national and international craftmakers, including jewellery, silverware, ceramics, hand-made accessories and boutique clothing. The flower-filled central courtyard garden is an oasis of calm from the urban bustle.

In its gracefully curved building just off Bold Street, a popular foodie thoroughfare, FACT (the Foundation for Art and Creative Technology) specialises in new media and digital artworks which explore ‘how we connect with the world, nature and each other’. There are ongoing exhibitions in its two galleries and a full programme of independent and international films in its four cinemas. 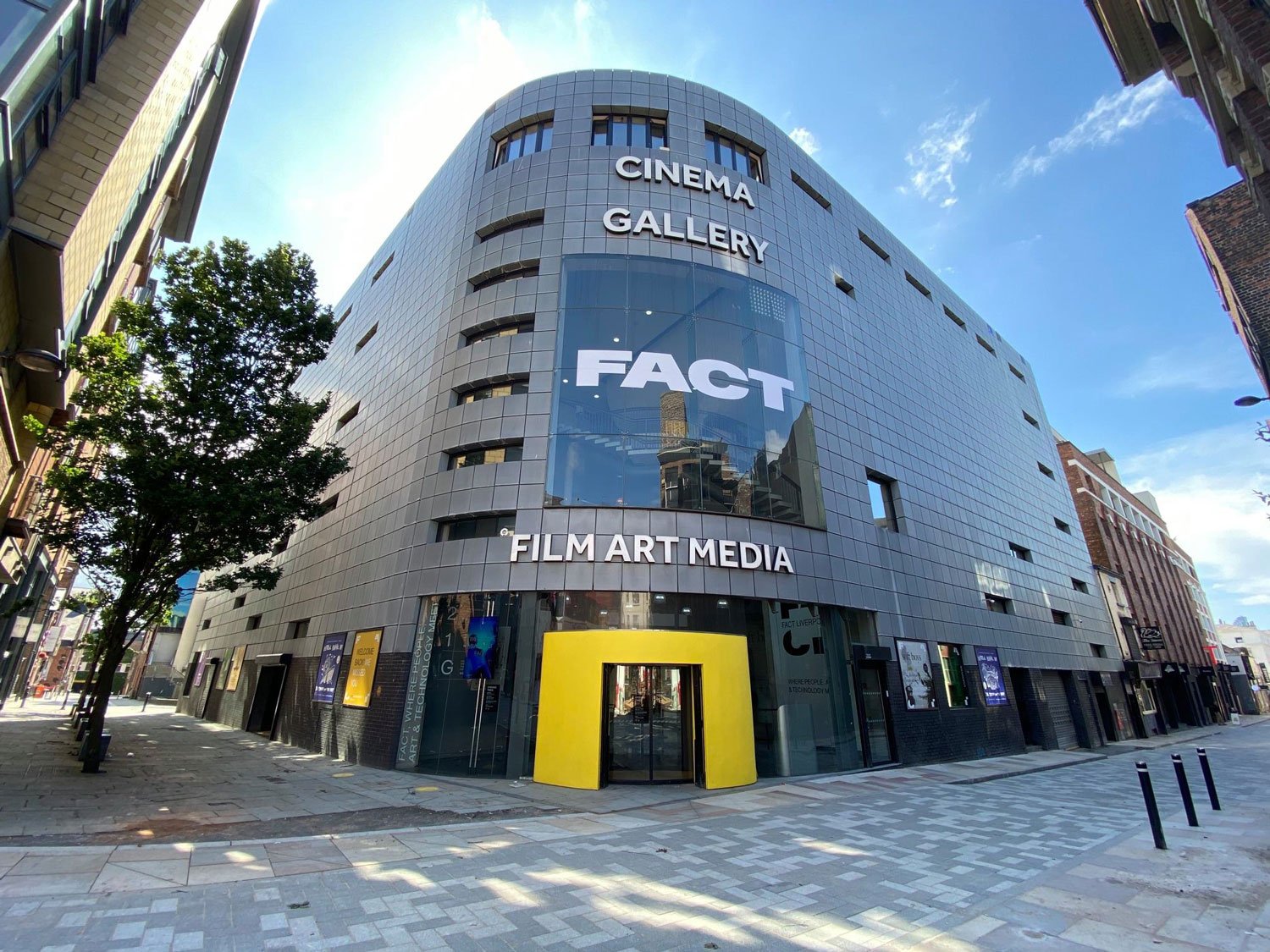 On the Wirral side of the River Mersey opposite Liverpool is the Lady Lever Art Gallery, founded in 1922 by William Hesketh-Lever (1851-1925), the soap magnate owner of Lever Brothers, to house the best of his art collection. The ‘beaux arts’-style gallery stands on the splendid grounds of Lever’s model factory village of Port Sunlight, which he named after his most successful product. Lever considered art to be an inspiring influence and even took some of his workers to Paris to view art. 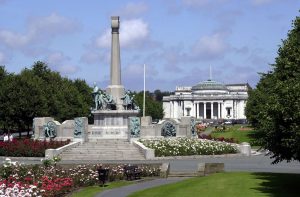 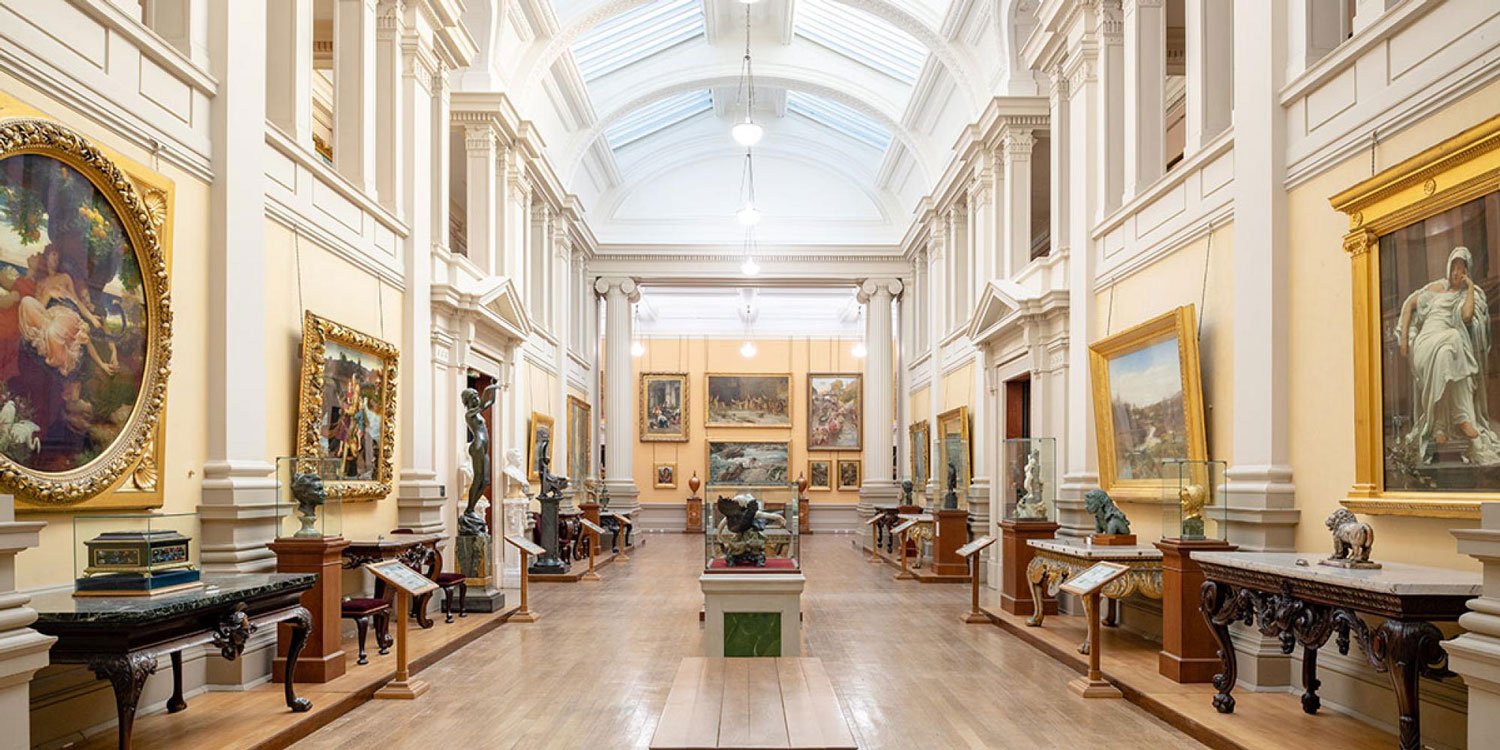 The magnificent Main Hall of the Lady Lever Gallery

Launched in 1977 as one of the UK’s first dedicated photography galleries, the Open Eye Gallery has grown from its origins in a public bar to the ground floor of Mann Island, a spectacular, wedge-shaped apartment building jutting out over the Liverpool waterfront. Exhibitions focus on socially engaged photography.

Among an incredible collection of curiosities in the spectacular, red brick, Gothic Victoria Gallery & Museum (the world’s most important display of false teeth, anyone?), you will find some important art.

A gallery dedicated to the American wildlife artist and naturalist John James Audubon (1785-1851) features a collection of original paintings and drawings. Audubon visited Liverpool in 1826 to raise funds for his illustrated book, The Birds of America, which has become a primary resource. 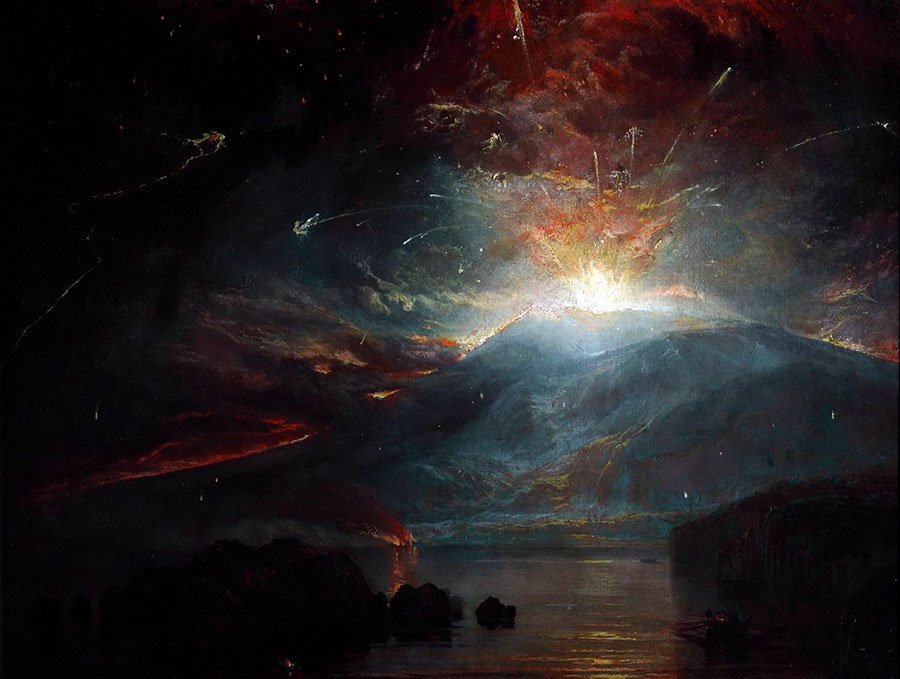 The museum also stages a series of special exhibitions, such as a display of watercolour paintings ranging from the 1780s to the 1980s and including works by J.M.W. Turner, Arthur Rackham and Bridget Riley. Look out also for The Art of Ruin, featuring Italian landscape paintings celebrating the ruinous and crumbling, a taste which became popular during the 1700s with wealthy visitors undertaking the ‘Grand Tour’ around Europe’s famous landmarks, and A New Beauty: Romanticism in Art 1880-1920, which explores the evolving ways that physical attractiveness has been depicted.

Waiting to take you away…

No visit to Liverpool is complete until you take the Magical Mystery Tour around places associated with the city’s favourite sons. Leaving from the Albert Dock, a multi-coloured bus takes passengers on a circuit of the four Beatles’ childhood homes, schools and places which inspired some of their most memorable songs. There are plenty photo opps along the way and Beatles hits are piped throughout the tour. Of course, you are expected to join in. All together now.

There’s the cemetery where a real Eleanor Rigby is buried (McCartney insists it is pure coincidence), the barber is still there on Penny Lane, as is the shelter in the middle of the roundabout where a pretty nurse was selling poppies from a tray and the gates leading into Strawberry Field. (Inexplicably, Lennon made it plural.) 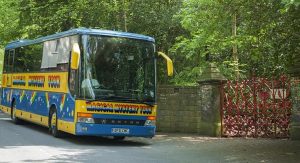 The Magical Mystery Tour bus at the gates to Strawberry Field

The tour ends at the legendary Cavern club in Matthew Street, which contrary to rumour was not demolished by developers, although the building above it was. While it has been spruced up for the tourist trade with a souvenir shop and walls of framed photographs showing music celebrities who have made the pilgrimage, it is not difficult to imagine it in its heyday, when local workers jammed in at lunchtime to worship the nascent Fabs. A steady stream of live performers play more Beatles songs than you could shake Maxwell’s silver hammer at.

The most famous club in the world

For a more intimate experience, the Beatles Childhood Homes tour enables small groups to actually go inside the family homes of Paul McCartney and John Lennon, both of which are owned by English Heritage and bear the distinctive blue plaques. 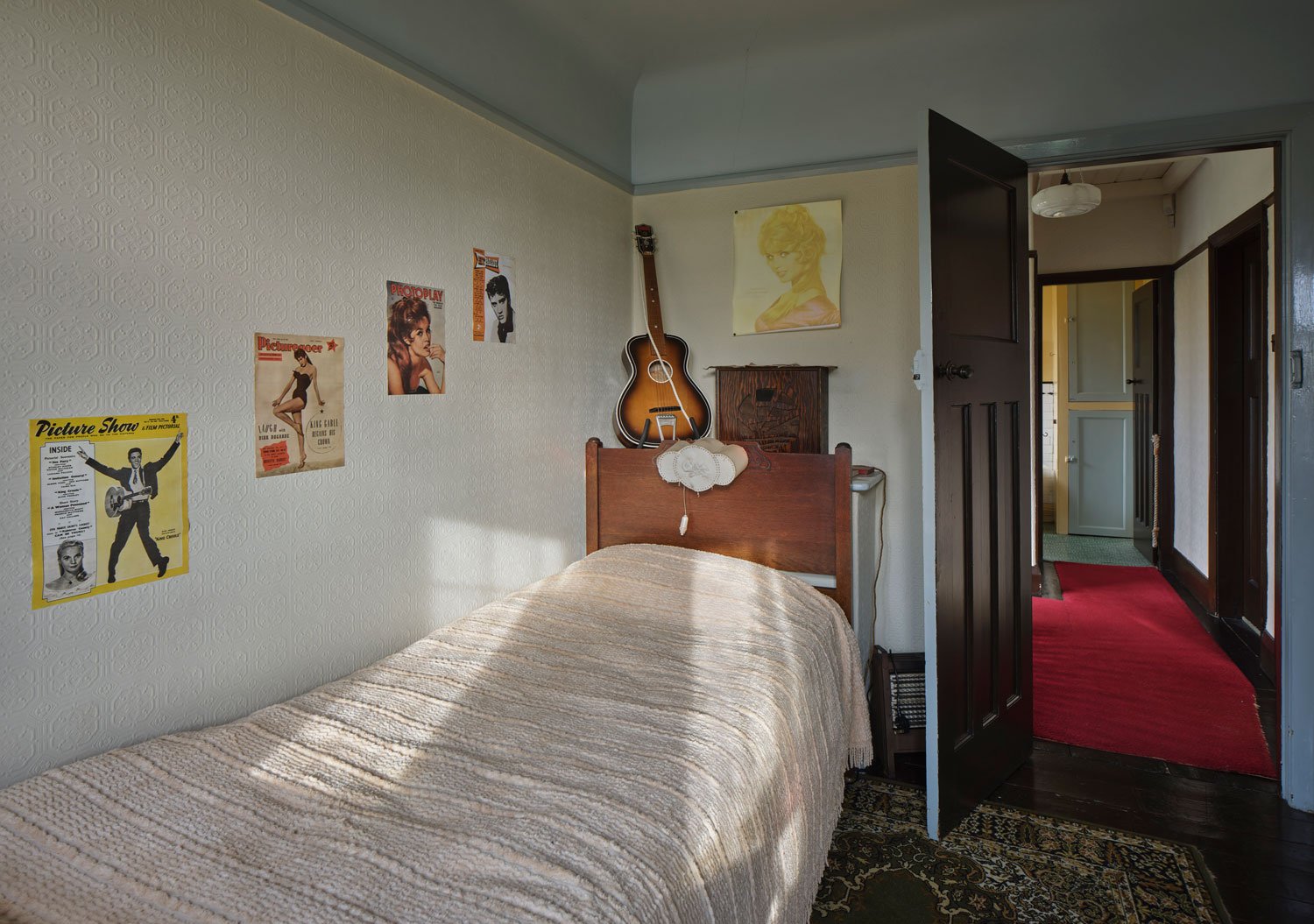