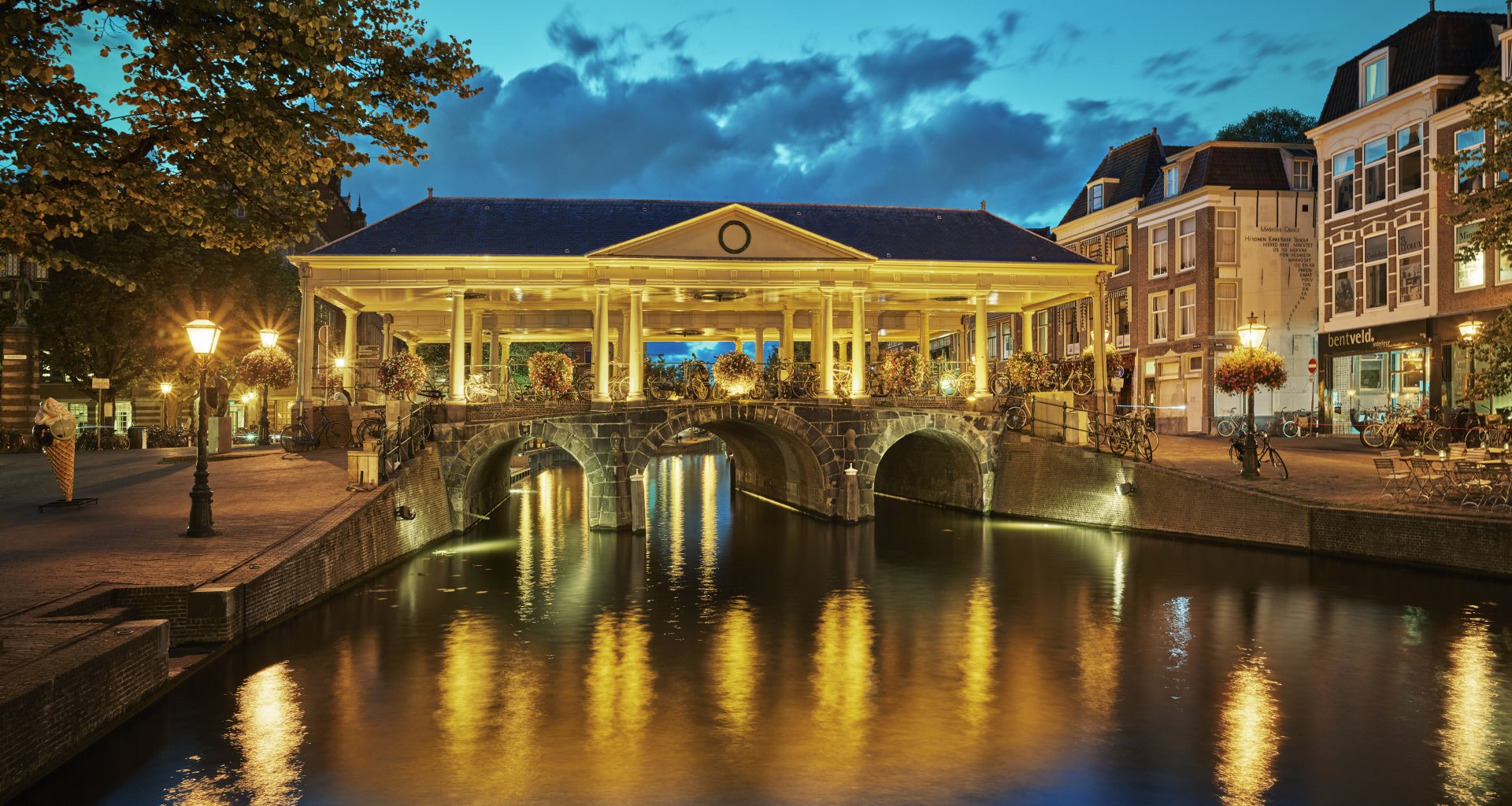 In the 17th century Leiden was the largest city in Holland after Amsterdam and second only to the capital as the Dutch city with the most canals – 28 kilometres of them. Today it remains full of Dutch charm, with over 3,000 historic monuments still exuding the atmosphere of the city’s prosperous Golden Age.

The Dutch Golden Age was a period of great wealth for Holland, then known as the Dutch Republic, when cities which sent trading ships to Asia, Africa and the Americas were among the richest in the country. This is when art flourished, since the nouveau riche were keen to display their wealth on the walls of their new mansions. Commissions were plentiful, particularly of portraits, and Dutch painters such as Frans Hals, Johannes Vermeer and Jan Steen rose to fame.

However, none rose higher than Rembrandt Harmenszoon van Rijn, known to the world as simply Rembrandt (like Leonardo and Titian before him, he took to using only his first name), who was born in Leiden in 1606. The ninth child of a miller, he first started drawing, sketching and painting there and Leiden honours its most famous son with a number of landmarks.

You can see some of them on the Rembrandt Route, a two-hour walking tour which links all authentic Rembrandt locations in the inner city, such as his birthplace, the studio where he studied and the Latin School where he was educated. Themed signs describe Leiden in Rembrandt’s time and along the way you may cross some of the picturesque bridges named after the products sold on them during markets.

Located in a small, 17th century dwelling, the Young Rembrandt Studio is where he served an apprenticeship with the painter Jacob van Swanenburg, who had studied painting in Italy. There is a seven-minute video ‘hosted’ by Swanenburg in his reconstructed studio in which he talks about his famous pupil’s skills and discusses painting materials and techniques of the time.

Sadly, Rembrandt’s birthplaceat Weddesteeg 2 disappeared behind a printing business in the early 20th century and with a remarkable lack of foresight the building was then demolished to make way for the apartments which stand there today. A memorial plaque on the wall marks the spot. However, it is worth dropping by to see a fine, Rembrandt-themed sculpture in the small square by the German artist Stephan Balkenhol. From here too you can see a replica windmill similar to the one Rembrandt’s parents owned and it is a short walk to the modern Rembrandt Bridge over the Rhine, the river which gave him his name.

Leiden’s municipal museum of fine arts as well as local history is the Museum de Lakenhal, the former cloth hall and centre of Leiden’s textile industry. The 17th century building has undergone a major refurbishment and expansion in recent years. It has several early Rembrandts, notably The Spectacles Salesman (1623-24), painted when the artist was 17 and the museum’s top attraction, and History Painting with Self-Portrait (1626), as well as works by his tutors Jacob van Swanenburg and Pieter Lastman and contemporaries such as Jan Lievens, Gerrit Dou, Lucas van Leyden and Jan Steen. There are also works by modern artists such as Theo van Doesburg, Jan Wolkers and Erwin Olaf.

Along the Rapenburg, Leiden’s most picturesque canal (and in the 17th century its most prestigious, where rich traders built their townhouses) are two more ‘must see’ museums. The Rijksmuseum van Oudheden is the country’s national museum of antiquities and archaeology with a fabulous collection of artefacts from the Egyptian, Near East, Greek, Etruscan and Roman civilisations.

Also on the Rapenburg is the Japan Museum Sieboldhuis, which houses the 19th century collection of Bavarian doctor Philipp Franz von Siebold, which he collected while on assignment to a Dutch trading post in Japan. Beautifully displayed in a 16th century canal house, the collection includes prints, lacquerware, ceramics, clothing, historic maps and other treasures. There are also temporary exhibitions.

Named after the patron saint of Leiden, the Pieterskerk celebrated its 900th anniversary in 2021. It has the most monuments within the building of any Dutch church. Rembrandt’s parents were married and buried there. Also buried there is another Dutch master, Jan Steen, a local contemporary of Rembrandt known for his paintings of lively, lustful scenes. 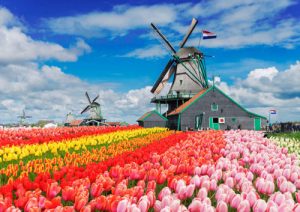 The first tulip in the Netherlands was grown at the Hortus Botanicus. (No, it’s not native to Holland and is believed to originate in Central Asia.)