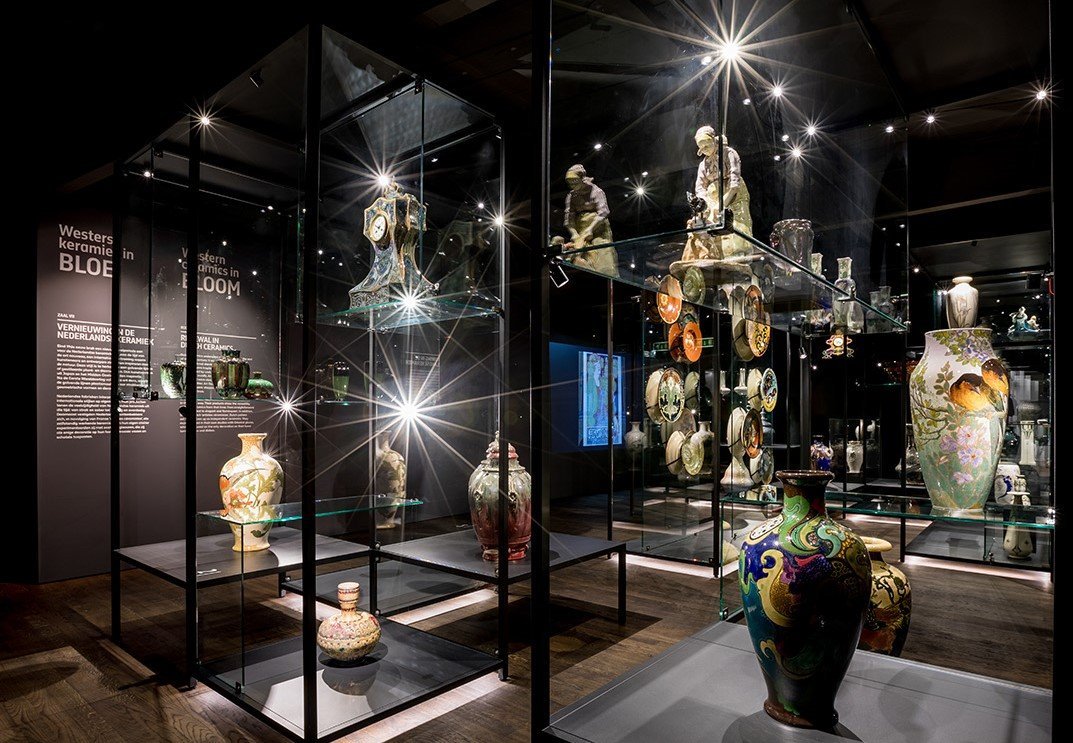 Previously awarded only to cities, in 2018 European Capital of Culture status was given for the first time to an entire province, when Friesland in the Netherlands took the opportunity to shed its self-image as small and isolated and celebrated the Friesian tradition of ‘mienskip’, which translates as a sense of community and an openness to cultural and social diversity.

In the process it reminded the world that three great names in art and design have local connections: the perspective-bending graphic artist M.C. Escher, the Friesian house painter turned artist Piet Mondriaan (he later dropped an ‘a’ in favour of the more French-sounding Mondrian) and the founder of ‘De Stijl’ movement Theo van Doesburg.

With an entry in the Guinness Book of World Records for the most possible spellings of its name, Leeuwarden is the provincial capital. The glass-fronted, light-filled Fries Museum holds around a million objects dedicated to the art, craft and history of the region from 1200 onwards. When it opened in 2013, the modern, angular building on the city centre Wilhelminaplein (‘plein’ is Dutch for square) was the first newly constructed Dutch museum building of the 21st century. It is a past winner of the the Global Fine Art Award, sometimes nicknamed the Museum Oscar, for an exhibition on the locally born painter Lawrence Alma-Tadema, who specialised in depictions of Classical antiquity.

The wide-ranging collection includes spectacular treasures excavated from ancient Frisian mounds, 17th and 18th century Frisian silverware, Old Masters paintings and work by 20th century Frisian artists. The Mata Hari Room is dedicated to the life of the dancer and spy, who was born in 1876 in Leeuwarden as Margaretha Zelle. There is also a regular programme of special exhibitions.

The Dutch national ceramics collection is held in Leeuwarden’s Ceramic Museum Princessehof. The collection ranges from Delftware to Chinese Ming dynasty pices and includes extremely rare Ru ware, of which only 72 pieces are left in the world. Ceramics have traditionally been produced in Friesland, where the necessary clay, fuel and transportation are available in abundance.

The museum is in a former palace which used to be the home of the perspective-bending graphic artist M.C. Escher. (One of his sculptures is on the outside of the building.) Another famous artist with a Leeuwarden connection is Rembrandt, who married the mayor’s daughter Saskia van Uylenburgh. His father in law loaned him money to buy a house in Amsterdam and Saskia figured in several of Rembrandt’s paintings.

All of the eleven main towns in Friesland renovated their main squares as past of 11 Fountains, a Capital of Culture project for which each community installed a new fountain, symbolising the province’s long tradition of “taming” water. Each fountain was designed by a different international artist in consultation with the locals and each was activated by its designer.

Unsurprisingly, the fountains are barely recognisable as such. In the town of Sneek, for example, German artist Stephan Balkenhal’s Fortuna Fountain is a figure of a well dressed man holding the Horn of Plenty while trying to balance on a rotating ball. For Sloten, the British-Argentinian couple Lucy and Jorge Orta created Kievit Fontein (Lapwing Fountain), which depicts a man standing on a tall stack of water vessels with a boy on his shoulders holding a lapwing. And in Leeuwarden, Spanish artist Jaume Prensa’s Love shows two giant children’s heads, their eyes closed in dream. When activated, a thin cloud of spray plays around the foot of the fountain to evoke water evaporating from the ground on a Dutch morning.

Some 35 kilometres southeast of Leeuwarden, the town of Drachten is closely associated with ‘De Stijl’ movement, founded locally in 1917 by two pioneers of abstract art, Theo van Doesburg and Piet Mondriaan. The movement inspired many artists, including Richard Hamilton and Eduardo Paolozzi.

Considered Holland’s most important contribution to 20th century design, De Stijl is characterised by a combination of black, white, grey and primary colours and straight horizontal and vertical lines. (Mondrian later withdrew from De Stijl following van Doesburg’s adoption of diagonal elements in his work!) The Museum Drachten (or Museum Dr8888, playing on the Dutch for ‘eights’) has a large collection of works from the De Stijl and Dada movements.

Nearby you can walk into a De Stijl artwork, namely the Van Doesburg-Rinsema House, a complete and faithfully restored 1921 house and part of an entire row of such houses creating a unique street scene in the village. The colour design was by Theo van Doesburg, his first big commission. He viewed a room like a 3D painting, with a harmony of colour to make its inhabitants feel more harmonious. Guided visits are by advance booking from Museum Drachten.