When it comes to the art, architecture and music of the 20th century, this region of Catalonia has produced its share of creative geniuses, writes David White.

Reaching inland from Spain’s northeastern flank and extending south from the region’s capital, Barcelona, the Mediterranean-facing Costa Dorada encompasses an area that artists Pablo Picasso and Joan Miro, architect Antoni Gaudí and musician Pablo Casals all called home at one time or another. They all had formative experiences there at significant stages in their development and forever acknowledged the influence the area had on their work. Perhaps it is the landscape which has inspired so much greatness, from the natural reserves of Terres de l’Ebre, a UNESCO Biosphere Reserve to the craggy Terra Alta mountains.

Barcelona-born Joan Miro moved the 100 kilometres south in 1911 to Mas Miro near Mont-Roig, a farmhouse and smithy his family owned, to convalesce after he contracted typhoid. In that rural setting he discovered the ideas of shape and colour which took form in his murals, tapestries and sculptures. “All my work is conceived in Mont-Roig,” he declared. 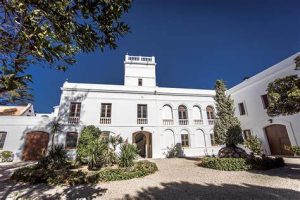 Spending every summer there for many years, he tapped a creative wellspring which evolved through his earlier figurative work to his later adoption of an extraordinary abstract and symbolic vernacular of colour and shape, which not only became his trademark, but to a good extent the patented ‘look’ of the region’s branded aesthetic, finding its way into everything from hotel carpets to souvenir keyrings. 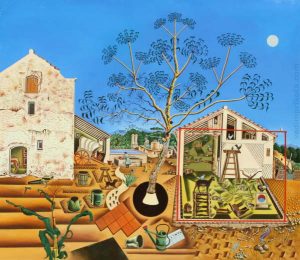 You can visit the farmhouse Miro depicted in The Farm and walk around his studio scattered with prints and paraphernalia. His notable tapestry, The Lizard With Golden Feathers, derived from the local landscape, can be viewed at the nearby church, while the village can be overlooked from the Sant Ramon chapel perched atop a precipitous rock which was a favourite climb of the painter’s.

In 1899, Pablo Picasso, ill from scarlet fever, travelled from Barcelona, where he was attending art school, to stay with his student friend Manuel Pallares in the latter’s home village of Horta de San Joan. He returned ten years later and, inspired by the fragmented interplay of light and colour on landscape and structures, painted Reservoir at Horta and Factory at Horta de Ebro among other seminal Cubist works showing the influence of the village’s rectilinear topography. 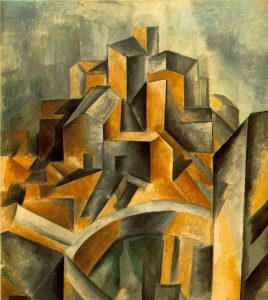 The Picasso Centre in Horta de San Joan displays reproductions of numerous works conveying the sharded geometry of his imagination and recounts the turbulent relationship he and his chic paramour had with the traditionally-minded villagers who, not having seen anything like them before, were both transfixed and scandalised. 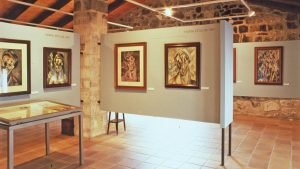 Antonie Gaudi was born in Reus in 1852 and lived for 16 years in the family home. Here there was a coppersmith’s workshop, which played an essential part in forming the way he saw space and how to capture it. Having left for Barcelona to study architecture and reshape the capital with some of the most extraordinary buildings of the century, he retained a strong connection with Reus, influencing its plentiful early 20th century architectural modernism. 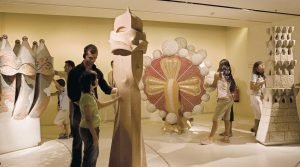 The town honours him with the lavish Gaudi Centre, which has a recreation of his basement office-den and does a commendable hi-tech job of conveying his unique assimilation of art, nature and engineering and of explaining the influence on his ideas of the region’s natural forms such as shells, seaweed, honeycomb structures, mountains, twisting trees and catacombs.

Gaudi’s masterpiece, Barcelona’s Sagrada Familia church, is projected to be completed in 2026 (it was begun in 1882) on the centenary of his death – hit by a tram and so dishevelled-looking from his labours that he was thought to be a vagrant.

Born the son of a church organist in El Vendrell in 1876, Pablo Casals was exposed to music from a very early age. He went on to enjoy a stellar career as a recording artist, composer and virtuoso cellist, who through his international tours became a humanitarian ambassador revered for the unifying spirit of his music and for his stance on peace, justice and freedom. He said: “Fortunately, in all my travels in so many foreign countries, I have never left behind the child from El Vendrell.” 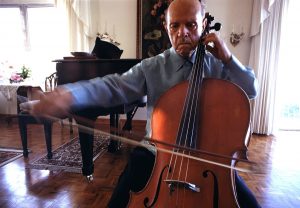 Casals remains admired at home for the privations he voluntarily endured during the Spanish Civil War, which broke his heart, and on the world stage for composing the “Hymn of the United Nations” at the age of 94. The UN Peace Medal awarded him at its premier performance in 1971 is displayed at the Pau Casals Museum, housed in his former beach-side summer house to which as an avowed Republican during the Franco years he was unable to return before his death. 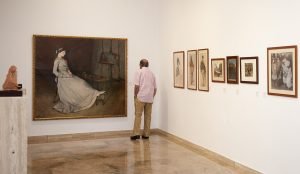 The museum exhibits instruments and compositions and shows footage of him playing some blissful Bach cello suites recorded in the 1930s. Casals was also an enthusiastic art collector and there are important works by important 19th and 20th century painters and sculptors.