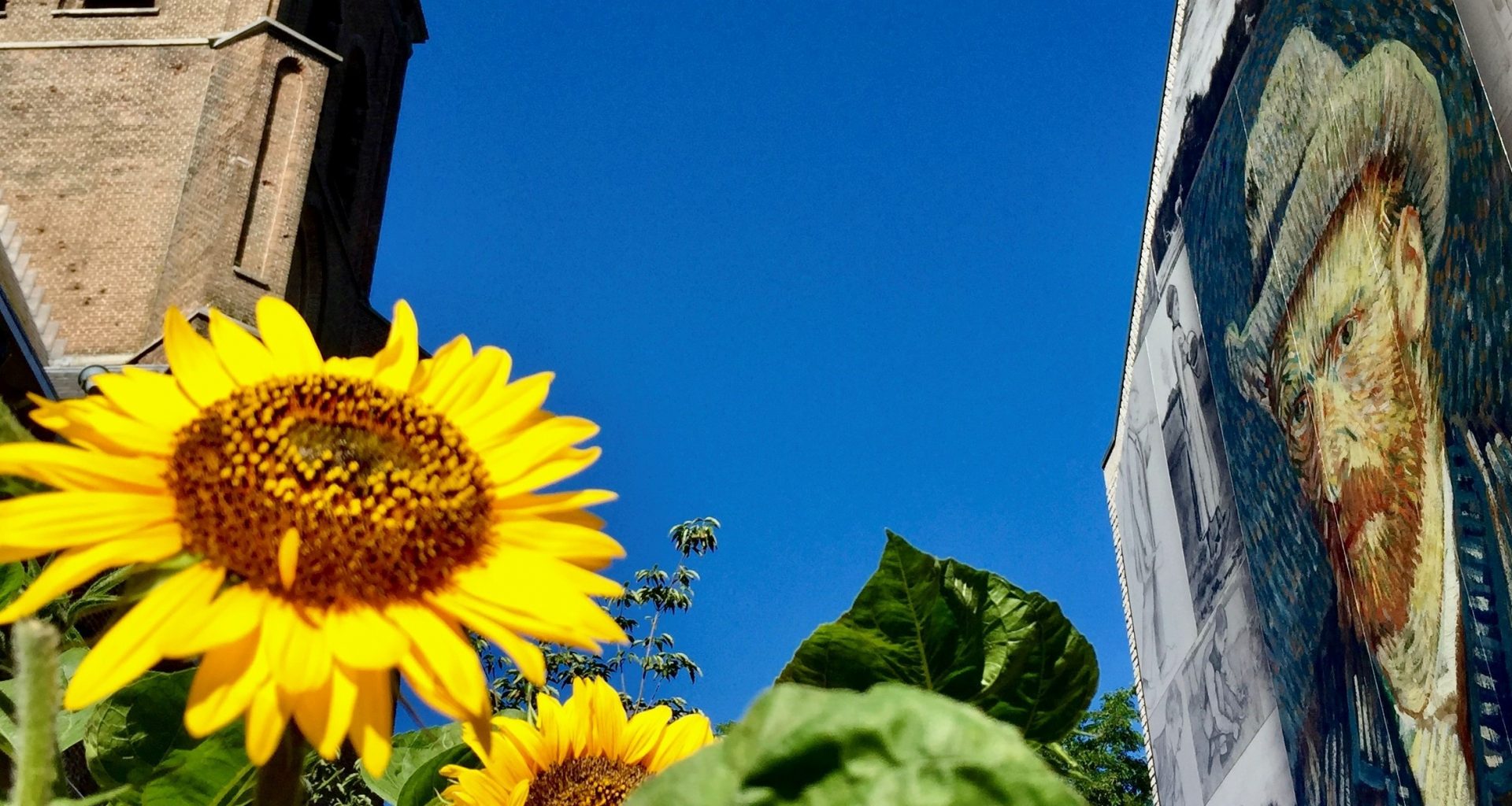 Together, three heritage centres and dozens of official Van Gogh monuments highlight the artist’s love of the landscape, lifestyle and people which permeated his works. There are also many information points and guided walks by local Van Gogh experts. If you’re feeling energetic, the Van Gogh Cycle Route, a winner of the European Cycle Route of the Year award, connects all 39 Van Gogh monuments in Brabant and can be tackled in stretches taking as little as two hours. (A bonus for foodies: Brabant is home to 20 Michelin-starred restaurants.) 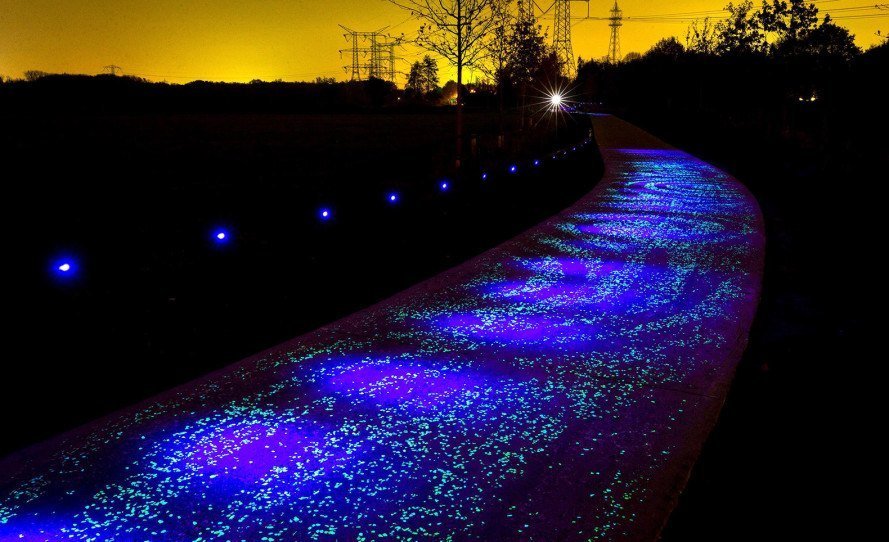 Vincent van Gogh was born in Zundert in 1853 and lived there for the first 17 years of his life. On the site where his birth house once stood, the Vincent van Gogh House hosts exhibitions by the artist’s contemporaries and modern artists inspired by him. Behind the building visitors can stroll in the garden where Van Gogh played as a child.

Nearby is the church where Van Gogh’s father was pastor and where Vincent was baptised. The font is still there. In the small cemetery is a poignant reminder of something which may have hung heavily on young Vincent’s mind. A year to the day before he was born, his mother gave birth to a still-born boy, also named Vincent. Van Gogh would have passed close by his namesake’s grave when he attended church and his family would have tended to it with Vincent present. It can only be imagined how the constant reminders of a ‘ghost brother’ may have affected him as he grew up. A statue of Vincent embracing his brother Theo stands in front of the church in Zundert, where their father preached

Next to the church is a statue of Vincent embracing his older brother Theo, the most important person in his life. The pedestal bears a quote in French from an unsent letter to Theo found in Vincent’s pocket after he shot himself – possibly the last letter he ever wrote. Loosely translated, the passage reads: ‘Through my deeds you have witnessed the creation of several paintings which will breathe tranquillity even in times of upheaval’.

Van Gogh arrived in Etten-Leur in 1881 aged 28 after spending restless years in England, France and Belgium. His father had been moved to the local church and his family encouraged Vincent to stay. Van Gogh first registered himself as an artist in the local Town Hall and he went on to make some 200 drawings in Etten (he did not paint there), including ‘The Sower (after Millet)’, now in the Van Gogh Museum in Amsterdam. 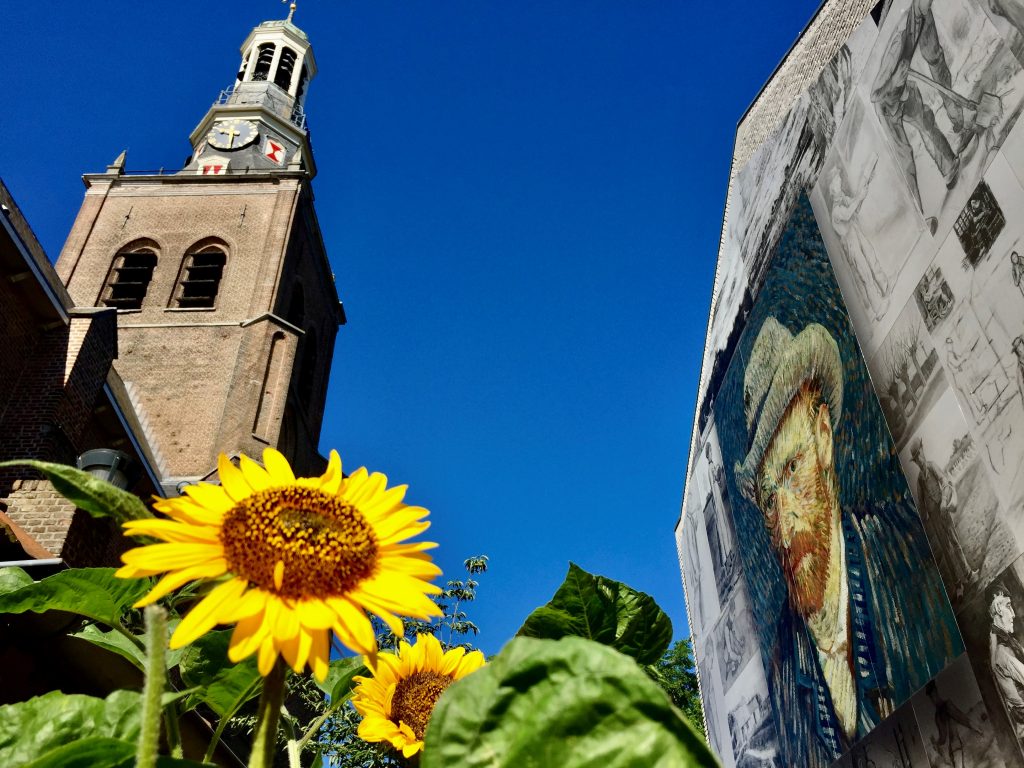 The Van Gogh Church in Etten-Leur

The renamed Van Gogh Church, where Vincent’s father preached and which is now deconsecrated, hosts exhibitions of contemporary takes on Van Gogh’s work such as photographer Marc Boom’s Closer to Van Gogh, for which he reproduced famous Van Gogh portraits using family and friends as models.

Returning once more from further travels to the bosom of the family (his father had again been moved), Vincent found the place where he finally became a real artist. As a painter he lived the longest time of his life in Nuenen (1883-85) and made over a quarter of his total output there – more than anywhere else. 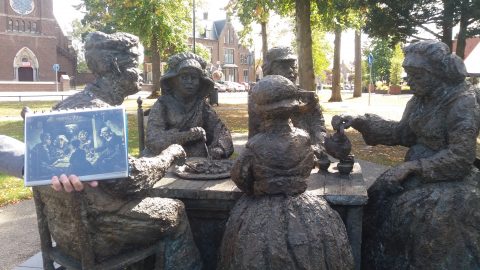 Here he created his first recognised masterpiece, The Potato Eaters, after glimpsing a family at their evening meal through a window. Another work from this period is Congregation Leaving the Reformed Church in Nuenen. Van Gogh’s father preached in the charming church, which can still be visited today. 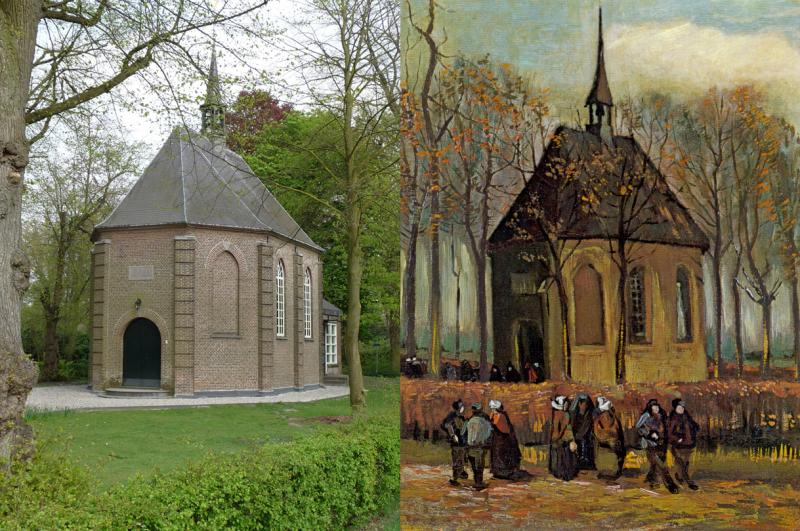 Nuenen has more landmarks than any other Brabant town associated with Van Gogh the first monument in the world dedicated to him. Erected in 1932,a monolith of basalt from the south of France has a golden sun inset into it representing the change of light in Van Gogh’s work after he moved to Provence. It sits on a millstone base symbolising the influence of local rural life on his work. Elsewhere there are information points at exact spots where Vincent made drawings and paintings.

Built in 1874, the Salon Nune Ville was the home of the Begemann family, whose youngest daughter, Margot, was Vincent’s first girlfriend. The stands next to the Van Gogh parsonage, making Margot literally the girl next door. However, both families disapproved of the relationship and it would have no future. After standing empty for some years, the house was bought by a Van Gogh enthusiast, lovingly restored and filled with 19th century furniture, objects and paintings by contemporaries and students of Van Gogh. There are guided tours. 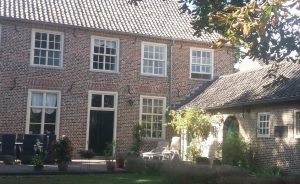 The cutely named Vincentre Museum has a multi-visual exhibition tracing how he lived and painted while in Nuenen and highlighting his friends and acquaintances from that period. The foundation which runs the museum is currently working with a Dutch photolithography company to create an immersive experience. 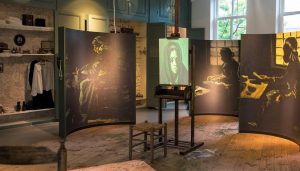 A display in the Vincentre Museum in Nuenen

The town of den Bosch (mercifully abbreviated from ‘s-Hertogenbosch, or The Duke’s Wood) is home to the Noordbrabants Museum, the only place in Brabant where you can see original Van Gogh paintings as well as work by contemporaries and teachers such as Jan Sluijters. There is a 60-minute guided tour on Van Gogh’s life in Brabant. 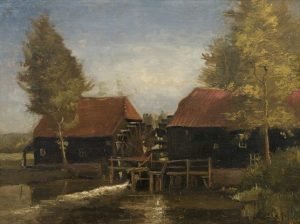