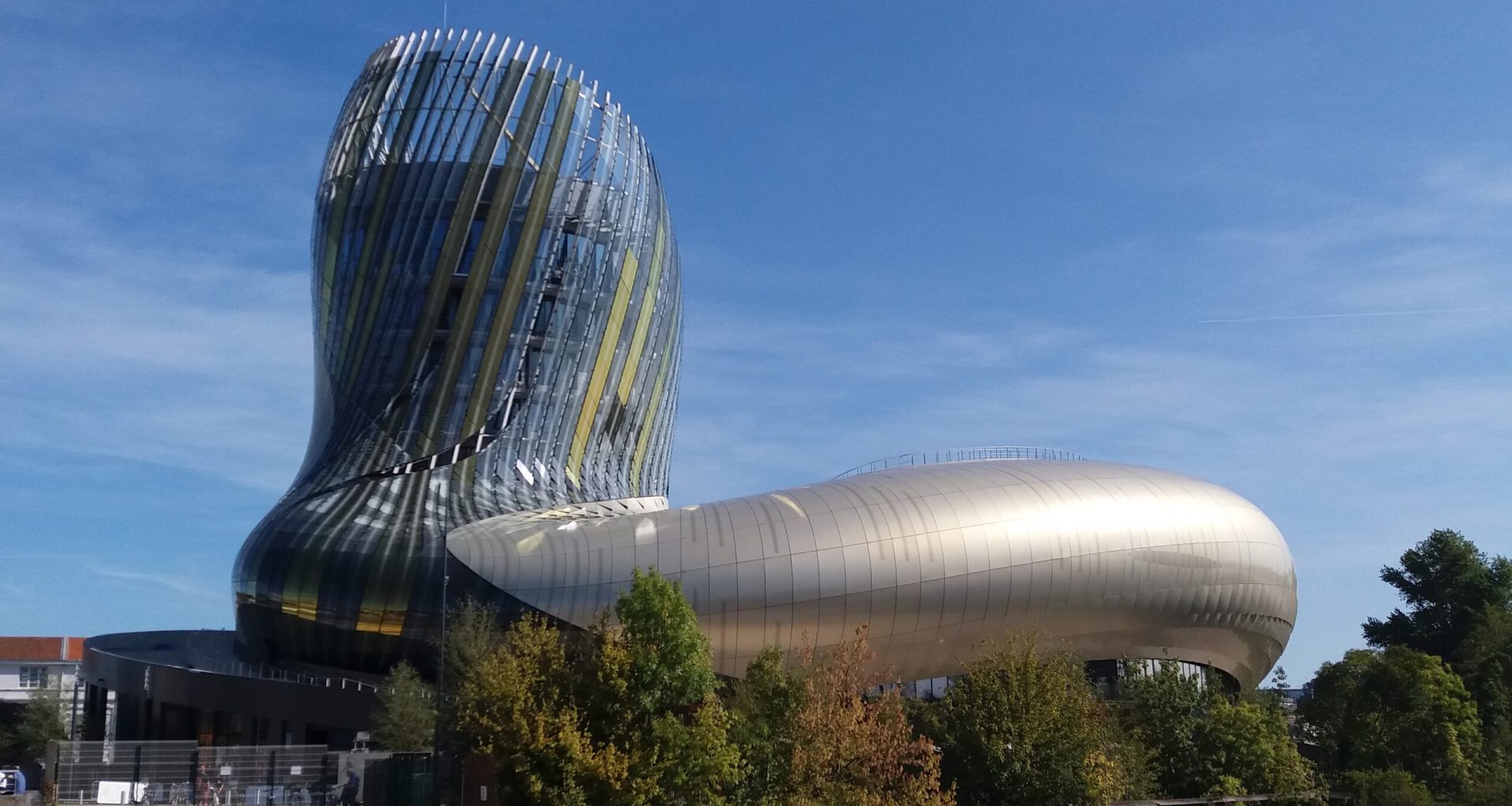 Famous for its wines, the capital of Nouvelle-Aquitaine also has a lot to offer art-lovers

The world’s largest urban World Heritage Site, Bordeaux has been voted by the French as their favourite city and named European Capital of Smart Tourism based on accessibility, sustainability, digitalisation and cultural heritage and creativity. A 15-year makeover has resulted in a redeveloped waterfront with a four kilometre-long quay hugging the curve of the broad Garonne river, and a ban on skyscrapers has left the city skyline largely unchanged for 300 years. The TGV (Train à Grand Vitesse, or high speed train) now puts Bordeaux a little over two hours from Paris.

In the St Pierre district, the historic heart of Bordeaux, the waterfront facades look the same as they did when they greeted merchants arriving down the river estuary from the Atlantic. Part of the old city wall was demolished to make way for the splendid Place de la Bourse (Stock Exchange Square), where the gorgeous buildings  are reflected in the two centimetres of water covering the Miroir d’Eau (Water Mirror), the world’s largest reflecting pool.

A good place to start a tour of the main art museums is the central Place Pey Berland, where three of them are clustered within a few minutes of one another. Occupying facing wings on either side of the Jardin de la Mairie (Town Hall Garden), the Musée des Beaux-Arts (Museum of Fine Arts) has over 300 paintings and sculptures dating from Titian to Picasso. Built in 1880, both wings adjoin the Town Hall, a former palace. The south wing of the museum is dedicated to 16th to 18th century classical painting, including religious and mythological scenes, while the north wing displays 19th and 20th century art. 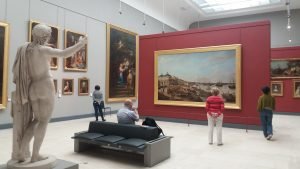 Along with leading Bordeaux artists, the museum has works by French masters (Matisse, Renoir, Delacroix, Seurat, Dufy) and other big European names (Rubens, Kokoschka, Soutine, Veronese). Information boards emphasis the French contribution to key art movements, from the mythological imagery of ‘ancient art’ to the violently bright palette of Fauvism and the passions of Romanticism. A couple of blocks around the corner the museum’s beautiful annexe, the Galerie des Beaux-Arts (Gallery of Fine Arts), hosts special exhibitions.

To experience the city’s most unusual cultural centre head to the Bassins de Lumières (Pools of Lights), where a former WWII submarine base has been developed into an awe-inspiring honeycomb housing the world’s largest digital art centre. Monumental immersive exhibitions devoted to major historical and contemporary artists are projected on the immense walls and ceilings and reflected in the waters of the enormous submarine bays. Visitors are conducted along gangways above the water and along the quays. 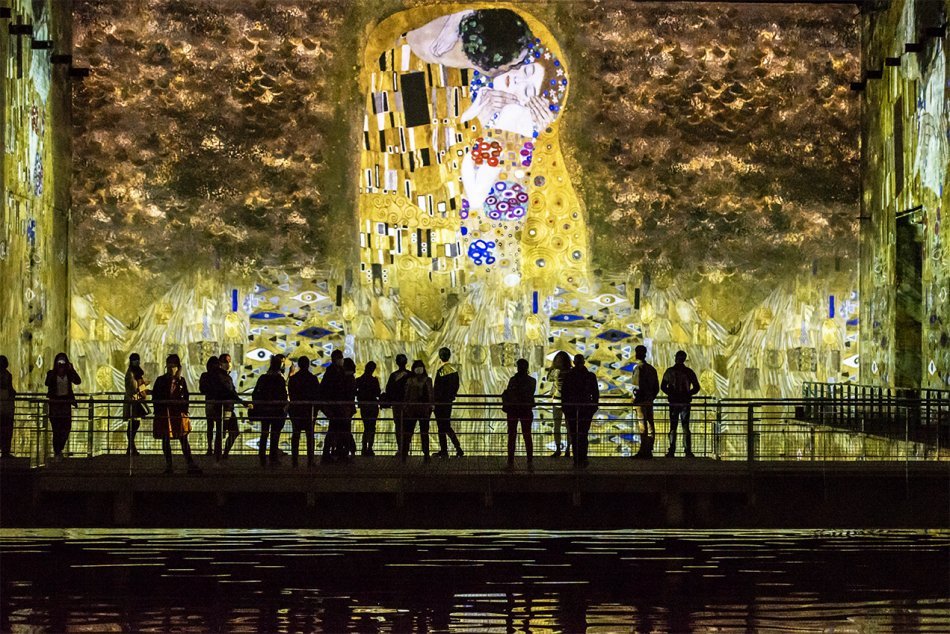 Nearby is the Musée des Arts Décoratifs et du Design (Museum of Decorative Arts and Design), where objects from the 17th to the 21st centuries are spread out amid the antique panelling, chandeliers and parquet flooring of the 18th century Hotel de Lalande, one of the many fine buildings credited for the city’s UNESCO World Heritage Site status. Despite being converted into a museum, the spaces in the mansion still capture the atmosphere of the family residence it once was, with the original furniture and decor offering a glimpse into the lifestyle of Bordeaux aristocracy around the time of the French Revolution. 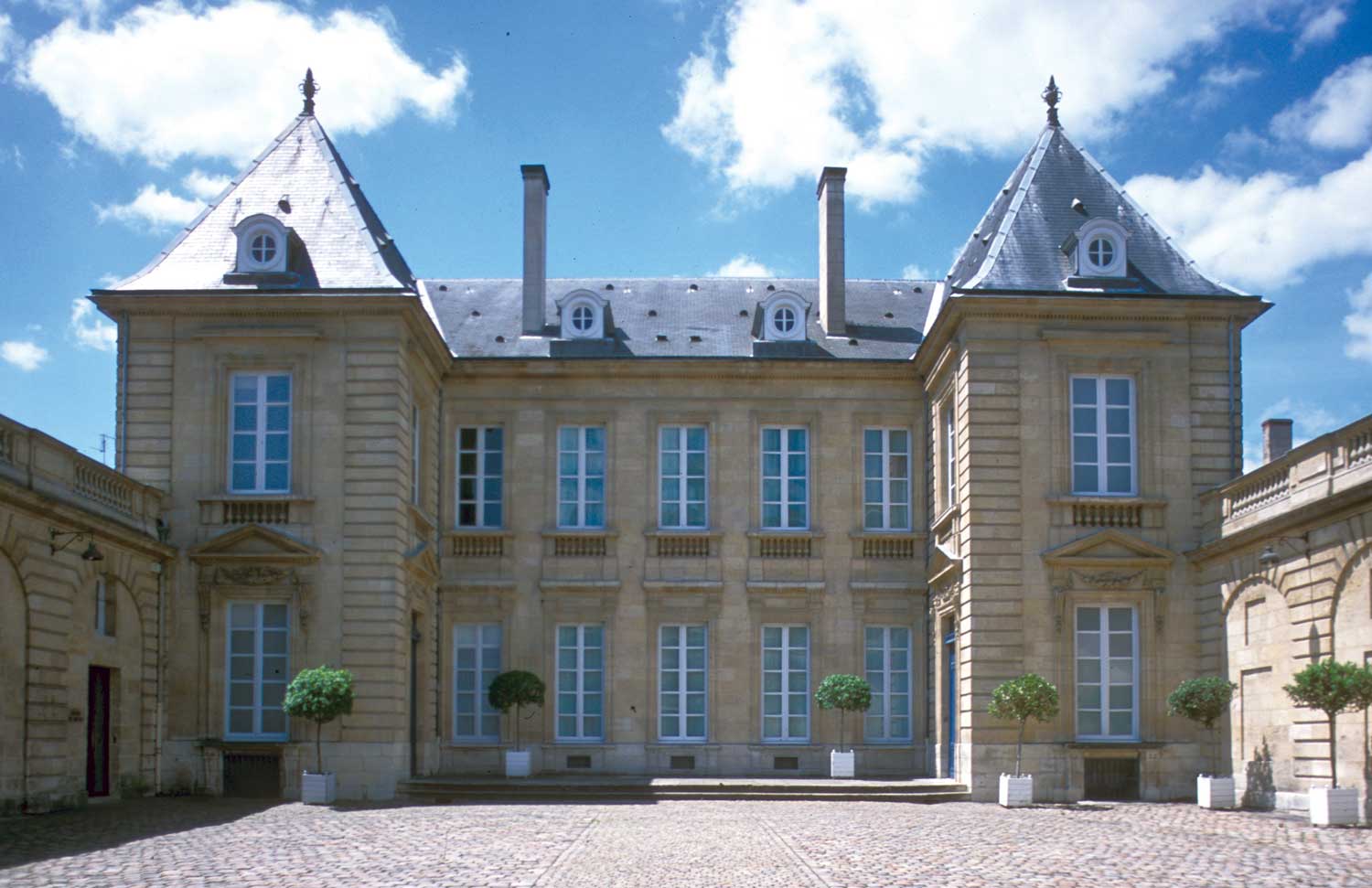 Antique objects are juxtaposed with works by contemporary French and international designers (the museum has one of the largest modern collections in Europe) to show the evolution of household furnishings, interiors, homewares and appliances. There is also a series of special exhibitions on a range of topics from sneakers to industrial design.

Just off the waterfront to the north of the city centre, CAPC (formerly the Centre d’Arts Plastiques Contemporains) occupies a cavernous 1820s warehouse once used to store imports from the colonies. Soaring sandstone walls, high arches and exposed wooden beams form an impressive environment in which to show temporary exhibitions and selections from the museum’s permanent collection of works by nearly 200 artists. A nice touch: Through the glass-sided lift you can see an untitled wall painting by Keith Haring unfold as you go up and down. 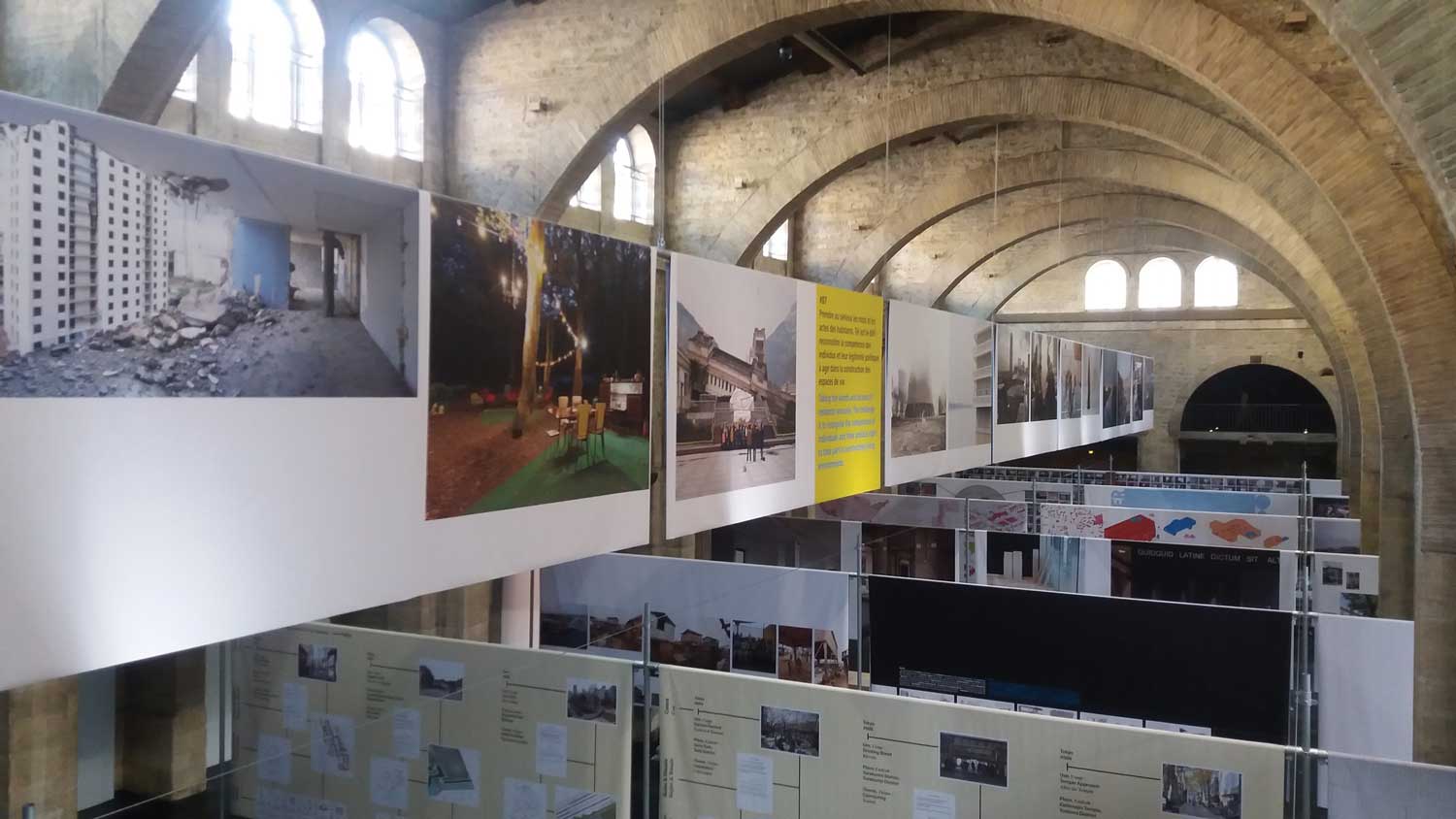 A cavernous, 19th century warehouse is home to CAPC

Named after its founder, a winery owner, the Bernard Magrez Institute of Contemporary Art occupies the beautiful Hotel Labottière, a private, 18th century mansion in substantial grounds. A winery owner, Magrez supplements his own personal art collection, including works by Daniel Buren, Andy Warhol, Agnès Varda, Pierre Soulages, Sebastiao Salgado, Fernand Léger and many others, with loans from public and private collections. There is a series of special exhibitions, some in the modern, marquee-like annexe, while an artist in residence programme and La Galerie des Nouveaux Talents (The Gallery of New Talents) underscore Magrez’ support of emerging artists. 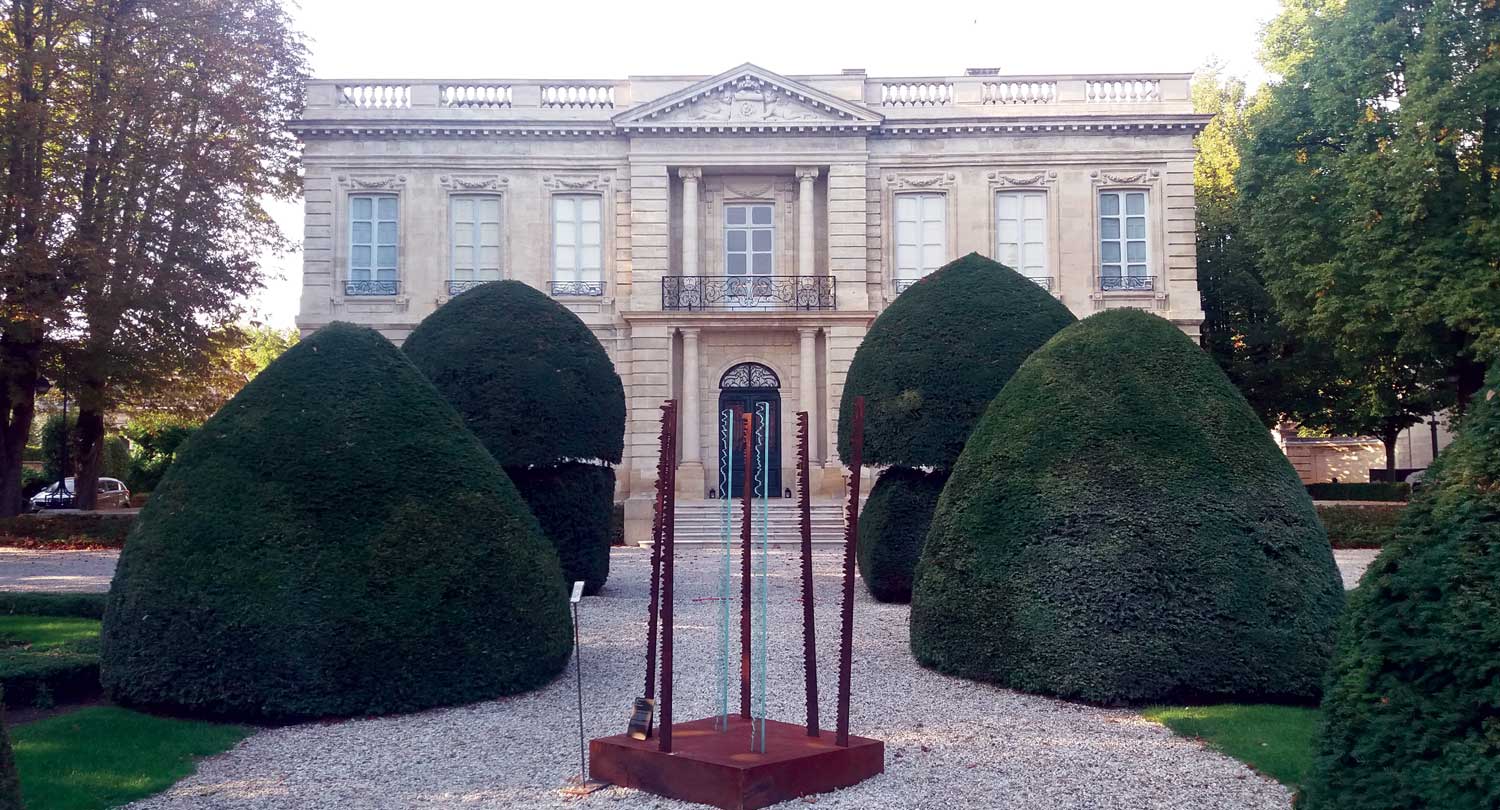 In a lovely, two-story private museum (the former home of a fishing magnate) set in its own grounds in the southern suburb of Bègles, the Musée de la Creation Franche has a collection of 14,000 works of ‘outsider art’, folk art and naive art. The term ‘franche’, meaning in this case ‘frank’, ‘genuine’ or ‘real’, was chosen after the founder, the French artist Gerard Sendrey, was prevented for copyright reasons from using the more familiar term ‘art brut’, or raw art, as defined by the French artist Jean Dubuffet. 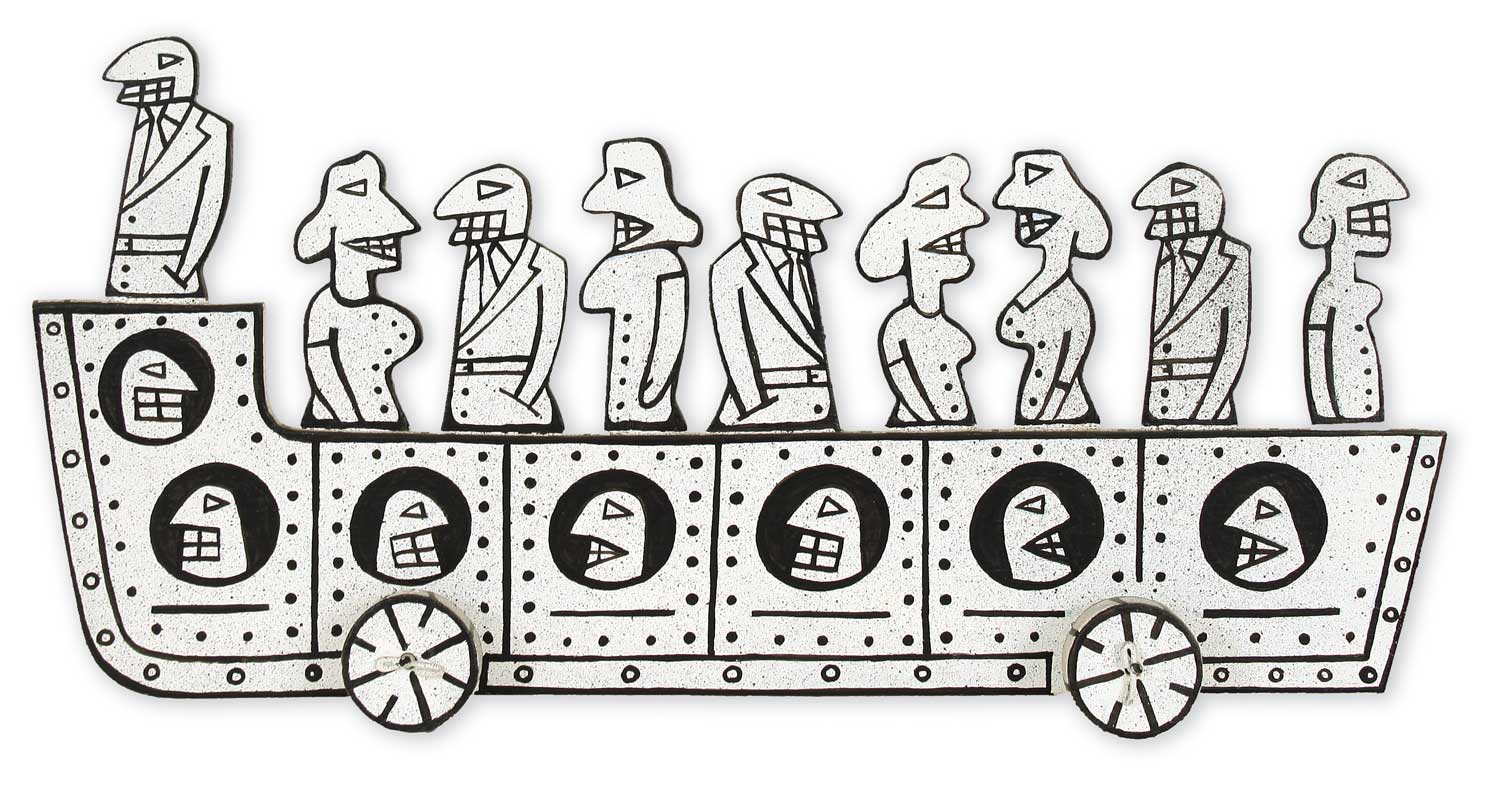 ‘Croisière pour tous’ (‘Cruise for everybody’, sculpture on painted wood) by Francois Monchatre is one of 14,000 works of outsider art at the Musée de la Creation Franche

Shown in rotating exhibitions, the collection emphasises the work of self-taught French artists and other marginal creators who make work outside the tradition of ‘fine art’. Sometimes referred to in French as ‘artistes singuliers’, they often have mental health issues or are otherwise alienated from the mainstream.

In the southwestern suburn of Pessac, Les Quartiers Modernes Frugès, or Cité Frugès, is a 1920s housing estate of 50 properties built by the industrialist Henry Frugès to house his sugar refinery workers. Frugès commissioned the then rising avant-garde urban architect Charles-Edouard Jeanneret-Gris, now famously known as Le Corbusier (1887-1975), to design a new form of inexpensive living quarters – economic, standardised, mass-produced units which were to be geometrically sparse, minimalist and functional.

Even the region’s most famous product has ‘crossed over’ into the art world, with many Bordeaux wineries commissioning famous artists to design their labels. The Pauillac estate, for example, has featured work by the likes of Salvador Dali, Henry Moore, Wassily Kandinsky, Pablo Picasso, Francis Bacon and Lucian Freud on its vintages. Oenophiles will want to head for La Cité du Vin, the gleaming waterside temple to the grape. Shaped like a decanter, the modernistic, metal and glass structure is riven with streaks of colour to suggest swirling wine and the River Garonne flowing by. 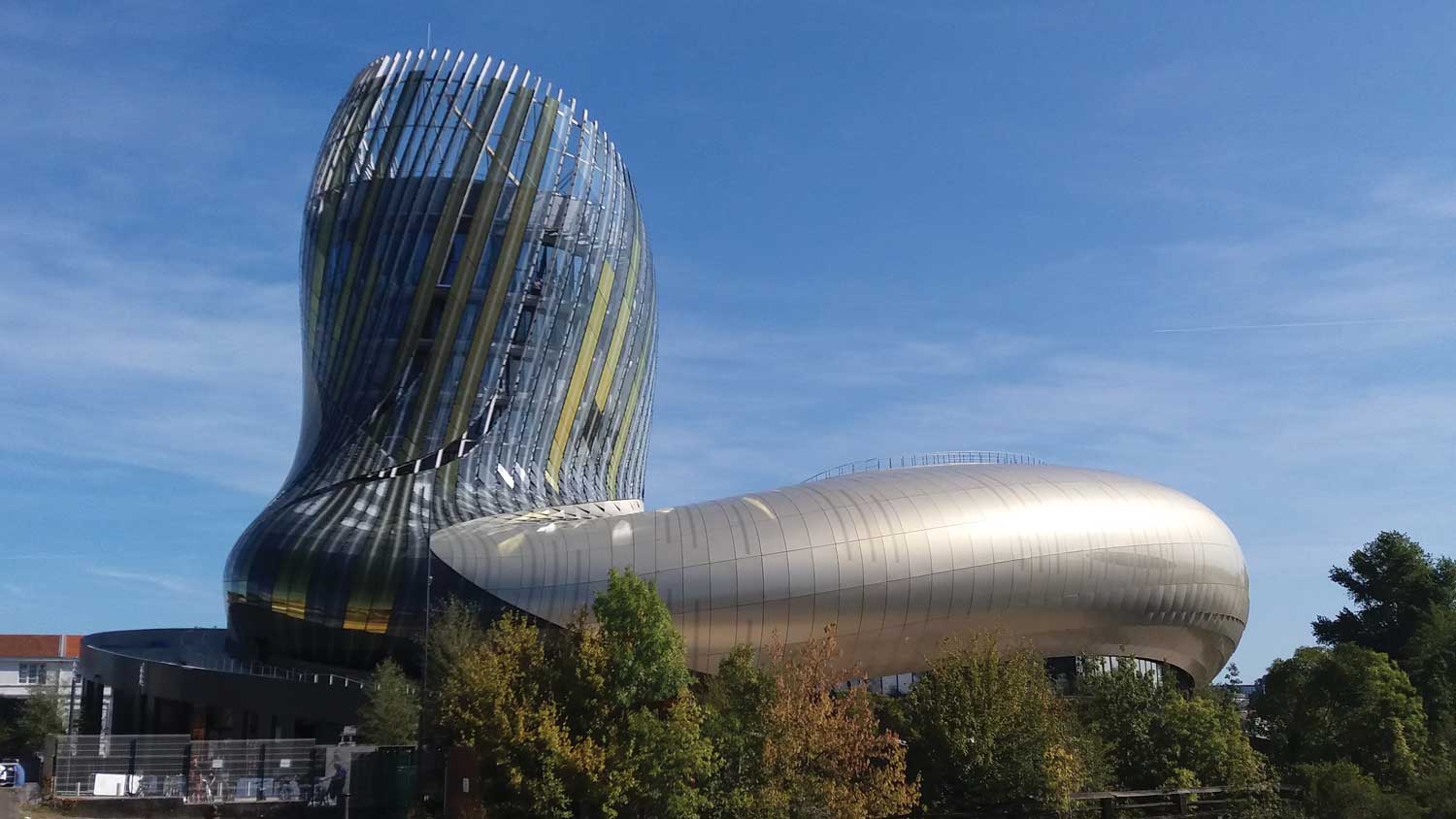